The Ombudsman’s Report leaves many questions.

On February 10, 2012, The Office of the Taxpayer’s Ombudsman (OTO) released an Observation Paper addressing issues of service and fairness in the SR&ED tax incentive program.1

We’ve read through the 30-page document and provide feedback on the report below. See our earlier post for a general overview of the report, as well as first-hand criticism from Gil Lance.

General Impressions on the Ombudsman Report

Given the sequence of events that occurred prior to the public release of this report (e.g. Harper’s speech on SR&ED in Europe, media leakage, etc.), we had expected something rather mediocre to emerge. Considering that the 30-page Ombudsman report is 7 months overdue (and took 2.5 years total to produce), it provides surprisingly little information.

The scope of the report was very limited and was not designed to address the primary concerns of the taxpayers regarding the program; namely that the program produces inconsistent verdicts both between individual reviewers and in different tax offices across the country. Despite many vocal complaints regarding the SR&ED program, the Ombudsman was only able to report on two official complaints during the period of their investigation. There are a few useful items buried within the report, but overall we feel as though it has been a waste of taxpayer money, effort, and expectation.

Overview of the Report

The following quote summarizes the approach of the OTO:

… [The Ombudsman] received a small number of complaints from claimants about the CRA’s administration of the SR&ED program, although the majority of them were not related to the Ombudsman’s mandate, which is to uphold the Taxpayer Bill of Rights and to promote professional service and fair treatment by the CRA.

As a result, the OTO focused exclusively on questions of service, sufficiency/timeliness of CRA communication and administrative fairness.

In addition, for any official complaint to be considered as part of the investigation, the OTO required signed authorization forms to be submitted to the CRA which would allow them to access the confidential information submitted by the claimant. Their investigation showed that many of the complaints they received were without merit, or the claimant refused to provide the authorization form. In the end, only two formal complaints were fully investigated and the report does not question why so few people actually responded.

While it is possible that the vast majority of the complaints made on the internet and in business forums across the country were frivolous, we suspect the reason for the complaints lies closer to a lack of trust in the process. Many unhappy claimants were wary of speaking up to the official commission because part of the process required sharing this knowledge with the CRA. Given the power the CRA wields, both on current and future claims, this was not an equal partnership, and claimants were worried about potential punitive measures in the future.

The government should be an independent, unbiased body, but it is the perception of many claimants in Canada that this is not currently the case. We believe that this lack of trust is a primary cause of the lackluster report and that an anonymous or protected investigation would have yielded more accurate results. Throughout the SR&ED report, especially in the conclusions, there is an emphasis on communication and dialogue as the solution to the complaints made.

Additionally, there was a lot of repetition that the taxpayers and their representatives don’t understand the situation/rules, and that communication would solve this issue. In a review of many of the open complaints on the web, it would appear that some CRA representatives do not understand their own policies. It would seem that, in this case, any communication that emerges as a result of this report should be given to both taxpayers and CRA officials simultaneously so that dialogue and common understanding would occur. This would reduce or eliminate the possibility of giving information to the groups that are different from what has occurred in the past. Current measures, such as the Claimant Review Guide are a small step towards this direction.

There was a lot of time in the report spent on the processes and the program. The processes per se are, in our opinion, reasonable but what is missing in all of this is the individual nature of the reviewers. If someone has made up their mind and is unable to put that opinion aside while they gather or listen to information, then it does not matter how good the process is, it will not work. It then progresses into both sides filtering their interpretation of the facts of what happened.

The simplest way of ensuring that the oral process was complete would be to record reviews digitally. Have both sides record it and then share their tapes. Having verifiable, common pieces of evidence would allow both sides to directly address points of discrepancy in dialogue, without resorting to “he said, she said” conversations after the fact. Techniques such as these could be then used in a quality review and to provide evidence of transgressions on both sides. It is currently a CRA policy to actively prevent this taping from happening,2 but implementing this policy would go far to ensure that everyone was working from the same information. Perhaps it is now the time to reassess this obsolete policy and, as in many service industries, the conversations are recorded for quality assurance reasons. Moving away from antiquated policies is one way of looking to find ways to make the program work better; audio recordings are just one suggestion.

There is currently a culture of distrust towards the CRA administration of the program, caused both by founded and unfounded concerns. The difficulty here is that the Ombudsman’s office, while it was conducting its investigation, made little to no accommodations of this hostile environment. A lack of some form of anonymity or protection for the taxpayers, many of whom are small entrepreneurial businesses who cannot afford resistance or delay with regards to the SR&ED program, ensured the study was flawed from the very beginning.

It is extremely disappointing that the OTO, who is supposed to protect taxpayers, did not address this issue. The program may be moving towards a major shakeup with the 2012 budget, however, we are concerned that this flawed study could be used as a catalyst (or lack of one) in the fiscal year ahead.

We recommend the following steps be taken to address this environment of distrust:

Want more, comprehensive information about the SR&ED tax credit program?
Sign up for The Comprehensive Guide to SR&ED today! 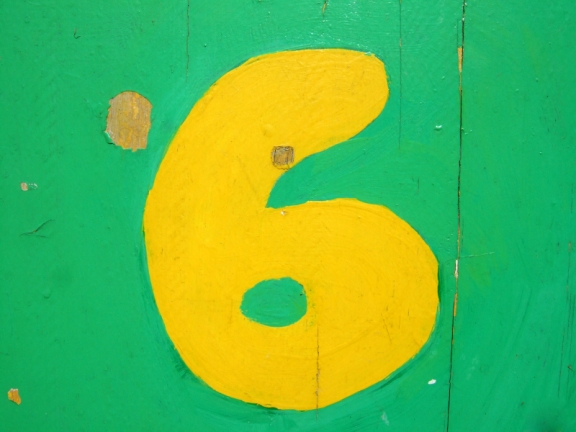 The technical narrative section of an SR&ED claim is the most important part. This shows the entire scope of your development and experimentation process. Technical narratives may take some time, however, crafting them well will Read more…