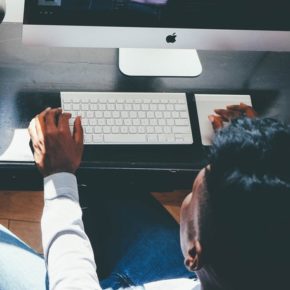 The development of software is the subject of considerable debate at the CRA and, more generally, there is confusion about what does and does not qualify for SR&ED within this area.  This post will delve deeper into software development in SR&ED.

When applying for SRED tax credits the applicant must specify a field of science or technology using CRA specific codes. This selection is of utmost importance as it serves to classify the project into the correct area where a “scientific or technological advancement” will be claimed. However, there are nuances between areas of specialization that need to be appropriately and accurately delineated to avoid any potential confusion.

What follows is a detailed description of three key software terms and how they are broadly interpreted by the CRA. These particular categories will be defined using standard definitions and then further explained from a CRA lens. (It is assumed that the reader is sufficiently familiar with the process of applying for SR&ED tax credits. If you are looking for more general information about the application process, please visit our website and blog for additional information). There is not a code for “software development” in SR&ED but there are two codes that the work may fall under, as well as computer programming (eligible support work).

The following will be covered in this article:

The understanding of these constructs is especially important when submitting an SR&ED claim as the selection of the field of science or technology (Line 206 of the T661 form) will affect the treatment of the materials submitted, who will ultimately review them, and the possible outcome of the application.

In order to provide more clarity, the following sections will contain a brief description of each of the constructs, both from a CRA and an academic viewpoint. Following the definitions will be a section comparing and contrasting the two discipline codes to provide additional clarity. This will be followed by a discussion of software/computer programming, which in and of itself is not a subject code, however, it does constitute eligible support work for SR&ED claims, so it is important that the true definition is completely understood.

In the T4088, Guide to the T661 – Appendix 1 (Fields of Science or Technology), Computer Sciences is listed under Natural and Formal Sciences -> Computer & Information Sciences.  The CRA does not have a specific definition for this term.

Computer science is the study of processes that interact with data and that can be represented as data in the form of programs. It enables the use of algorithms to manipulate, store, and communicate digital information. A computer scientist studies the theory of computation and the practice of designing software systems.1

Its fields can be divided into theoretical and practical disciplines. Computational complexity theory is highly abstract, while computer graphics emphasize real-world applications. Programming language theory considers approaches to the description of computational processes, while computer programming itself involves the use of programming languages and complex systems. Human-computer interaction considers the challenges in making computers useful, usable, and accessible.

Computer Science. Noun.  the science that deals with the theory and methods of processing information in digital computers, the design of computer hardware and software, and the applications of computers.2

The top three universities in the country for computer science studies (according to the 2019 MacLean’s ranking) are the University of Toronto, the University of British Columbia and the University of Waterloo, respectively. U of T entices prospective undergraduates with the descriptive tag line “If you love using technology nothing is more exciting than creating it.”3 The course calendar defines the field as follows:

Computer science is concerned in the broadest sense with the study of computation and applications of computing. Its development has been stimulated by collaborations with many areas including engineering, the physical and life sciences, mathematics and statistics and commerce. However, computer science is much more than a set of techniques used in these application areas. Computer science as a discipline encompasses a wide range of research areas.4

Graduates would compete for jobs in fields such as programmer/analyst, IT consultants, or web/mobile app developer. 6

Required courses in a computer science program typically include:

According to Newell and Simon, the 10th Turing Lecturers, computer sciences is

“the study of the phenomena surrounding computers. . . The machine-not just the hardware, but the programmed, living machine-is the organism we study.”7

“the study of computers and computing concepts. . . including both hardware and software as well as networking and the internet.”8

“the academic major, which includes courses such as introduction to computing, fundamental programming, data structures, analysis of algorithms, and computing theory.”9

Software Engineering is listed under Engineering and technology -> Electrical Engineering, Electronic Engineering, and Information Technology.  Again, the CRA does not have a specific definition for this term.

The University of Waterloo defines software engineering as a discipline that

“applies both computer science and engineering philosophy, principles, and practices to the design and development of software systems.” 14

“greater emphasis on the entire software development process, from idea to final product and applies more systematic practices to help ensure that products are reliable and safe.”15

Students in this field also have the option to take advantage of the co-op work/study program and graduates will find positions in the fields of software development, graphics controllers and software quality control. The University of Toronto offers software engineering as a stream of computer science offering greater concentrations of “the engineering side of the discipline, including computer systems and core applications.”16

Typically, a software engineer will be responsible for writing code to meet user interface specifications and providing input to functional design, testing and troubleshooting hardware, software components as well as the development of the tools, methods and theories that support the production of software.17

Suitability of the term

One could argue that software engineering implies a certain level of academic training, professional discipline, adherence to formal processes, and especially legal liability that often are not applied in cases of software development. A common analogy is that working in construction does not make one a civil engineer, and so writing code does not make one a software engineer. Furthermore, because computing doesn’t utilize the methods of mathematical physics common to all conventional engineering disciplines, it is more appropriate to call those engaged in this occupation as software developers or similar.18

To better comprehend the differences between the two programs one can compare the pertinent university academic course lists, which outline the specific requirements of each discipline. For an excellent summary of the differences and sample courses, we recommend reading: https://engiegirlsatuwaterloo.wordpress.com/2013/08/29/computer-engineering-software-engineering-or-computer-science/

Out of the three items described, this is the only concept that is defined by the CRA: “Computer programming is preparing and coding operating instructions for a computer.”19

The CRA considers computer programming one of the eight categories of eligible support work relating to the SR&ED tax credit program that can be claimed if it is “commensurate with the needs of the basic or applied research or the experimental development work undertaken in Canada.”20 This support work must directly affect the project being carried out, in such a vital way that if the support work were not undertaken the project could not proceed.

While programming makes up an essential base for a computer science degree program, by itself it is not considered a field of science or technology by the CRA – so taxpayers must select the correct field from the two above that best represents the field in which an scientific or technological advancement has been achieved.

There is considerable debate in these fields at the best of times, but this is compounded by a lack of clarity regarding CRA in terms of their definitions and the distinction between all three sections. While the CRA has recently re-established a software committee, its presentation is only available in text format on the website. It would be beneficial to all stakeholders if additional clarification was provided regarding these terms. In the coming weeks, we will be clarifying the CRA scenarios that have been provided, so that readers can better understand the field in which they are claiming an advancement.

The purpose of this document was to provide clarity for applicants to the SR&ED tax credit and software development. It lists two specific technology codes, 1.02.01 – Computer Sciences and 2.02.09 – Software Engineering and technology that often cause confusion as their fields tend to overlap, as evidenced above. It is important to make the appropriate distinction between these two fields, as nuanced as that distinction might be, as the appropriate selection will impact your claim results. Software development is an eligible field for SR&ED work however it is imperative that the applicant determine whether the advancement was in the field of computer sciences, software engineering or whether it was eligible support work in the form of computer programming.