The Canada Revenue Agency (CRA) Cracks Down on SR&ED Claims The Canada Revenue Agency (CRA) are becoming “more stringent”
with the program, states Brenda Bouw for The Globe and Mail.

The Globe and Mail newspaper ran an article on SR&ED tax claims entitled “Ottawa tightens screws on R&D incentive program” that notes that the CRA has become “more stringent” with the program.

The article says that the volume of claims and volume of filers have dropped, citing changes to the program and compliance in the 2012 and 2013 federal budgets for the decrease. According to the article, “The CRA said it processed 24,300 claims, providing about $3.1-billion in investment tax credits in 2014-15, the latest figures available, down from 30,500 claims and about $3.5-billion in credits in 2010-11.”

The changes made in the 2013 federal budget, the article says, added more resources to review SR&ED claims at the CRA and provided bigger penalties for false statements or omissions made when making claims.

The article says that most newer small businesses don’t realize they’re doing SR&ED work until they are at least half-way through projects, meaning that they have to go back and find documentation to support their claims for auditing purposes. The article also notes that many companies haven’t collected the proper evidence to backup their claims to begin with. This includes finding timesheets or equivalent documentation that supports the number of hours spent by workers on the project.

The article also highlights the complexities of the SR&ED program, noting that one start-up is using an accounting team to write the application for a credit. Additionally, the piece reminds readers that Ottawa is reviewing the program and that there have been calls to provide more direct funding for this kind of R&D.

Want to learn more about SR&ED?
Contact us directly or start a discussion on our LinkedIn group.
Better yet, sign up for the Comprehensive Guide to SR&ED.

CEWS and SR&ED – What you need to know 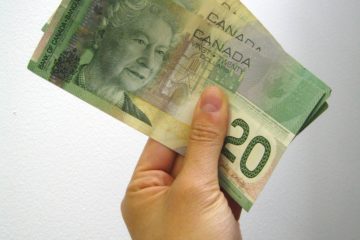