Trial And Error: Separating SR&ED From Blind Approaches (Pt. 1 of 2) 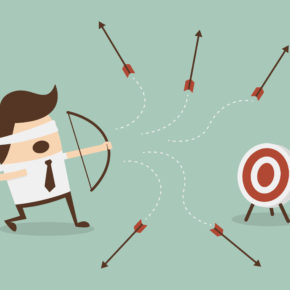 Trial and error or eligible experimentation?

At varying points in history, progress has been made through trial and error. Characterized either by repeated attempts in order to reach an identifiable milestone, or secondary and tertiary failures culminating in eventual abandonment of the question under scrutiny in lieu of an unrelated “eureka” discovery.

Despite this as a method of advancing knowledge, within the scope of the Scientific Research and Experimental Development (SR&ED) program, there are few terms that are more likely to incur the wrath of the Canada Revenue Agency (CRA) than “Trial and Error”. If you indicate this is your approach in your T661 submission, you’re likely to become the next on their docket for review.  The next step is generally receiving a letter that discredits your work and either reduces or eliminates your refund.

Considering the magnitude of development achieved within the scope of trial and error methodology, many are confused as to why the CRA is unresponsive to this approach. Yet if we delve further into the CRA’s definition of “trial-and-error” (as opposed to what it’s meant in public use), the distinction becomes far clearer.

The Oxford Dictionary defines trial-and-error as “The process of experimenting with various methods of doing something until one finds the most successful [way].” 1 The Cambridge Dictionary defines the same as “a way of achieving an aim or solving a problem by trying a number of different methods and learning from the mistakes that you make.” 2 Most of us possess a similar understanding of the aforementioned phrase.

However, when creating policies for the SR&ED program, the CRA needed some way of separating systematic investigative methodology from unsystematic approaches to technological or scientific problems. To that end, the CRA looks at Trial-and-Error as a method which “involves executing a series of tests in no particular order and not part of a systematic plan.” 3 Essentially, if your scientific approach is the equivalent of throwing bowls of spaghetti at the wall and waiting to see if something sticks, then your methodology snugly lies within the CRA’s definition, making your SR&ED claim ineligible.

Without this distinction, the CRA would have found itself paying out to any firm using an unsystematic approach – something akin to shooting blindly in the dark – and then asking taxpayers to foot the bill. Therefore, instead of trying to undermine or limit the potential of SR&ED, the objective behind this discouragement of trial-and-error was a bid to enforce responsible and thought-out scientific research and analysis in the industry.

The full CRA definition is as follows:

Sometimes problems are solved by trial and error. Trial and error involves executing a series of tests in no particular order and not part of a systematic plan. The objective in such a case is to resolve a functional problem rather than to address a problem in the underlying technology that may have caused this functional problem. The lesson learned in each attempt of trial and error is simply that “an option did not work.” There is no further analysis of the reason why it did not work to make the lesson applicable in a broader sense. The test conditions that are judged to be the most effective in resolving the immediate problem are chosen for the next attempt, and the process simply moves from attempt to attempt without trying to understand or address the problem associated with the underlying technology. Solving problems by trial and error is not experiment or analysis within the framework of a systematic investigation or search. 4

This article is based on CRA policy documents at the time: Eligibility of Work for SR&ED Investment Tax Credits.

Please read Trial And Error: Separating SR&ED From Blind Approaches (Pt. 2 of 2), which explores the issues with the CRA’s definition of “trial and error”, examines relevant Tax Court of Canada cases related to SR&ED methodologies, and offers up key questions every SR&ED claimant should ask about their methodology before submitting a claim.

Confused by other CRA terminology?