An Alternative for Extending Refundability of SR&ED Tax Credits (2007) 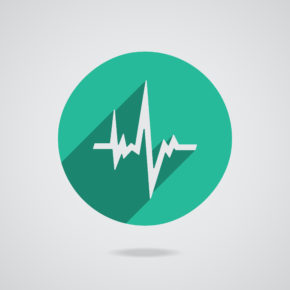 In 2007, the Information Technology Association of Canada (ITAC) wrote a discussion paper concerning the refundability of tax credits.1 The organization argued that Scientific Research and Experimental Development (SR&ED) credits are useful in limited cases, and examined the feasibility of extending the credits in some way to include more categories.

There are four categories of taxpayers that benefit from SR&ED, the report said:

The authors said there was a large gap in benefits for other companies looking to use the credit:2

For other taxpayers the tax credits are at best a windfall at some future date when they can make use of them (but too late to have impacted budgeting decisions on R&D spending when the credits were generated) and at worst a compliance exercise with no payback.

Minding the Gap in SR&ED

When it comes to companies that specialize in technologies, the authors state that there is a prominent disconnect between being a small corporation and generating enough profits to effectively use tax credits. The report includes several common factors that relate to a small company’s failure to expand, such as:

“The problem is that the structure of the SR&ED tax credit rules is an ‘all or nothing’ structure,” the authors wrote. 3

Either one can use credits (through refundability for small CCPCs or against taxes payable for profitable companies) or one cannot. This means that for companies outside of the four categories listed above, Canada has no federal tax incentives for SR&ED.

The authors acknowledged that adding full refundability for all SR&ED information technology companies would increase the government’s SR&ED tax burden, however, the authors also suggested partial benefits could be a solution to temper that tax burden. In the report, the authors add that no extensive legislative changes are required to achieve these measures.

One simple design would be extending the 40% refundability of credits currently available to individuals and CCPCs in excess of their expenditure limit to all taxpayers […] This would, in effect, provide an 8% cash credit with the balance of 12% available against future tax payable.

An alternative design could be allowing companies to choose between a refundable wage credit (similar to that in effect in Quebec today) or a non-refundable SR&ED credit as it now exists. The choice could be made in each taxation year. The taxpayer would be choosing between immediate cash of a lower amount or a higher credit that might be useful in the future.

Looking at How Other Countries Incentivize Innovation

A common feature of these countries [sic] programs is that they all employ enhanced allowances from taxable income, not direct tax credits. Yet another country – Norway – offers a tax offset from withholding taxes and social security contributions for firms unable to fully utilize earned tax credits.

As a summary of JPW Innovation Associate’s report, here is what each nation offers: