At SREDucation, we’re taking the time to document all of the changes that have occurred to the SR&ED program over the years. In our “From the Archives” series, you’ll be able to see how the program has evolved since its inception in 1986. For a timeline of these events, check out the SR&ED Tax Credit page on Facebook. Stay current with the program and policy by understanding the historical context.

SR&ED is a program that has been around for decades. This means that there is a track record of success – or as the case may be, failure – that can be traced over time, providing a window into how well SR&ED is performing in its role of stimulating innovation in the Canadian economy.

In 2006, the Library of Parliament wrote a brief report concerning the history of SR&ED and the justification for why the government continues to deliver the tax credit. Called Scientific Research and Experimental Development: Tax Policy, the report dealt with ways to improve the tax credit to make it an even better tool for participating companies.

This article will summarize the report below.

Why SR&ED is Important

About 11,000 companies claim the SR&ED tax incentive, at an estimated 2007 cost of about $2.6 billion to the federal government, the report stated.

“The federal government provides tax incentives to encourage Canadian companies of all sizes and in all sectors to conduct scientific research and experimental development (SR&ED),” the report said.

Why the government spends on SR&ED

The government justifies spending money on SR&ED because of the overall benefits to society, rather than the individual benefits each firm receives, the report added. Looked at through a critical lens, SR&ED needs to take place because a company does not always receive those greater societal benefits by performing research and development.

“The market fails to allocate an efficient or socially optimal quantity of resources to the performance of SR&ED,” the report pointed out.

“Furthermore, SR&ED results can be copied, at times even before the innovating company has had the opportunity to recover all of its costs. Moreover, the degree of financial risk associated with SR&ED activities may discourage companies from investing in research.”

How SR&ED is allocated

Federal tax incentives for SR&ED focus on three types of research, according to the report:

A company qualifies for SR&ED by proving that it has spent money on one of these types of research. Money can include salaries, costs and capital expenditures. (In Budget 2012, the government proposed that capital expenditures would no longer qualify.)

The government divides qualifying companies into three categories: Canadian-controlled private corporations (CCPCs), other corporations and proprietorships, partnerships and trusts. Although most companies do their SR&ED internally, those that contract out SR&ED are also eligible for incentives. Vehicles of SR&ED include the deduction, the tax credit and occasionally, a tax credit refund.

“The aim of these tax incentives is to compensate for the high degree of risk involved in investing in research activities by lowering their real costs; the ultimate goal is to enhance the overall SR&ED effort in Canada,” the report stated.

A brief history of SR&ED

SR&ED has been around in one form or another since the 1940s. The report divided the history of the tax credit into three main periods. The most important developments in those periods are summarized below.

Scientific research could be deducted from a company’s tax return as early as 1944, and capital expenditures deductions were recorded in the 1960s.

SR&ED was formally introduced in 1977. At the time, the tax credit ranged from 5% to 10% of current and capital expenditures, and the deduction covered 50% of all SR&ED spending in excess of their recorded average in the preceding three years.

The deduction was eliminated in 1983 due to reported abuses, but at the same time, the government introduced unlimited carry-forwards for companies wishing to hold deductions until a future year.

The government also introduced a scientific research tax credit in 1983. “Companies were able to enter into research contracts on behalf of an outside investor who had acquired shares or debt securities for SR&ED purposes,” the report said, but added it provided a loophole where outside investors were able to make money without proving they were working in research. The measure was eliminated in 1985.

The government made reforms to SR&ED in 1987 and 1992 to increase the number of qualifying companies while also, it is supposed, looking to reduce freeloaders.

A 1987 review by government focused the tax incentives on activities directly linked to research. Five years later, the government also changed how overhead/administration expenses as well as capital expenses were treated.

In 1993, the margin for CCPCs qualifying as small corporations was increased to $400,000 from $200,000. “However,” the report noted, “the tax credit decreases as the corporation’s taxable income rises.”

The government got rid of a special tax credit rate for companies in the Atlantic and Gaspé areas in 1994. “It appears,” the report said, “that the preferential rate did not succeed in attracting new investment to these regions or in alleviating regional disparities.”

1995 to present: Narrowing the loopholes

The government made several changes in 1995 to standardize SR&ED incentives across all businesses, beef up the documentation for corporations doing SR&ED on a third-party basis, and change payments for third parties doing SR&ED, among other measures.

Other major reforms in recent years:

How effective is SR&ED?

The report summarizes SR&ED by saying there isn’t much debate about whether or not to use tax credits. The worry is whether they are being used cost-effectively. Some preliminary research when compared to United States figures indicates Canada’s tax incentives are not generating as much money as those in the United States.

One barrier hurting SR&ED is the complexity of administering the tax credit. The number of criteria makes it hard to evaluate the applications and also takes extra time, the report noted. This is true not only for the government but also the companies seeking SR&ED credits.

Another major barrier for companies is the stipulation limiting tax credit refundability to CCPCs. Some are suggesting the tax credit be extended to all company sizes.

Further, assessment of SR&ED’s effectiveness is not adequately performed, according to two reviews of the Auditor General in 1994 and 2000. The Library of Parliament report thus urged a fresh review to evaluate the cost-effectiveness of SR&ED.

This article is based on a Library of Parliament report: Scientific Research and Experimental Development: Tax Policy. The report was written by Odette Madore, who was then of the Economics Division of the Parliamentary Information and Research Service. 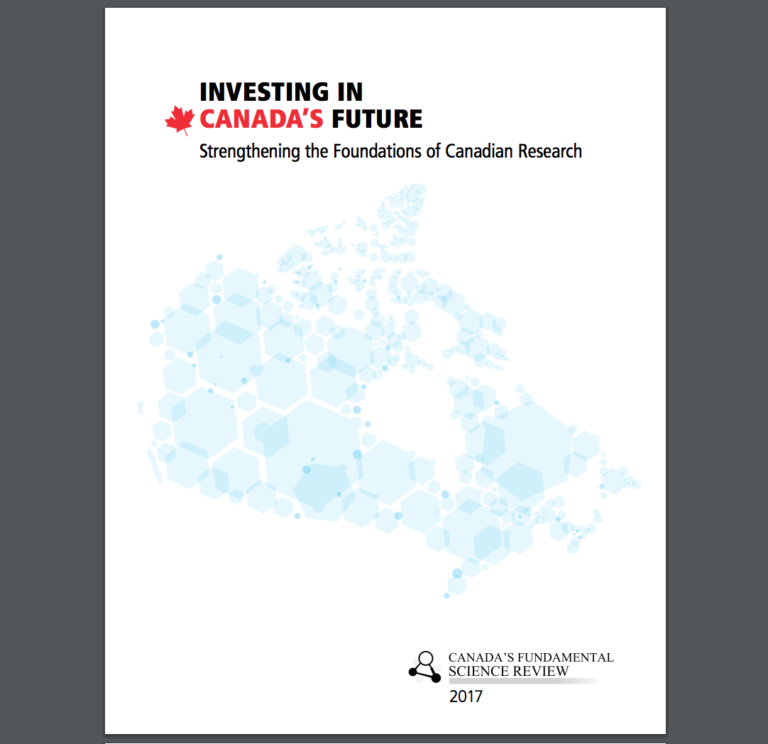 Investing in Canada’s Future: Strengthening the Foundations of Canadian Research A report presented to the federal government by Canada’s Fundamental Science Review panel in April 2017, warned that the state of university-based research and development Read more…