Burden of Proof: Tax Court of Canada vs. SR&ED Reviews 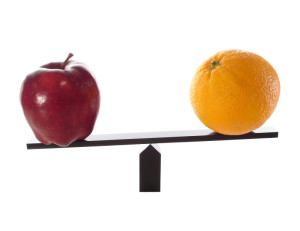 Are there equal burden of proof requirements for
Tax Court of Canada and SR&ED reviews?

Previously, we posted an article about the difference between technical problems and technological uncertainties within the context of the Scientific Research and Experimental Development (SR&ED) Program. (Read the full “technical vs. technological” article here.) The article sparked interesting discussions on SR&ED-related LinkedIn groups, with a number of SR&ED professionals calling to attention some key trends that we have also observed.

CRA = Paper Trails, TCC = Credible Witnesses… But is it Fair?

It’s no secret that the SR&ED program is a documentation-heavy undertaking — to meet eligibility requirements, claimants must provide extremely detailed paper trails of their finances, workflow, personnel, etc. Furthermore, the CRA recently ramped up their documentation requirements with the October 2013 release of T661(13) SR&ED expenditure claim form, including a possible penalty for any incomplete or inaccurate information. For more information on changes to the T661, please see this article.

the Court ultimately decided that — in lieu of solid documentation — the burden of proof could be satisfied by credible witnesses. The Court granted the appeal based on on the following rationale:

[10] The Court was impressed by the nature of the evidence given by the witnesses. That goes a long way in assisting the Court in deciding as to whether or not the claims made were indeed valid ones. That is not to say that the Minister was not within his rights to look for more evidence than he had before him to substantiate the claim made.

Arguably, the different burden of proof requirements within the CRA and the TCC could offer an unfair advantage to larger SR&ED companies/claimants. Given the time, just about anyone — from SMEs  to multi-million dollar operations — can apply to the SR&ED program.

However, in the event of a claim denial, not everyone is able to take their claim to the Tax Court of Canada. Doing so requires the kind of cash flow that only larger, more well-established companies have.

Financial accessibility issues aside, there is a further discrepancy between the TCC and the CRA — Court rulings take years to trickle down to the SR&ED program, or are simply never integrated into CRA policy at all.

As a case study, let’s look at Northwest Hydraulic Consultants Ltd. v. The Queen (1998).3 The Court allowed the appeal based on the following points:

[10] Most scientific research involves gradual, even infinitesimal progress. Spectacular breakthroughs are rare and make up a very small part of the results of SRED (sic) in Canada.

[16] “4. Did the process result in a technological advance, that is to say an advancement in the general understanding?

(a) By general I mean something that is known to, or, at all events, available to persons knowledgeable in the field. I am not referring to a piece of knowledge that may be known to someone somewhere… A technological advance in Canada does not cease to be one merely because there is a theoretical possibility that a researcher in, say, China, may have made the same advance but his or her work is not generally known.”4

These two points — 1) that SR&ED is not always an explosive discovery, and that 2) advancements in Canada are not undercut by undocumented advancements elsewhere — had a huge impact on the SR&ED program. However, the content of this ruling did not enter into CRA policy until 2012, a full 14 years later.

It wasn’t until December 2012 that the CRA posted new policies that had been updated to align with legislative changes. These updates included a different approach to assessing SR&ED eligibility — but the criteria for assessment was acknowledged as being “established by the courts.”

This article is based on Tax Court of Canada (TCC) judgements available at the date of publication. Please consult the TCC website for the most recent versions of these documents.

Your comment about financial capacity to appeal touches on a fundamental flaw in the current legal system, cost as a barrier to access. It has been recognized by judges including the Chief Justice of the Supreme Court.

There is a remedy in law which is that a defendant can request costs before judgment by means of a motion, $15 to $20 K. It would be interesting to see if the concern being expressed translates into concrete decisions and on what grounds. The obvious one is denial of justice and this not only unfair to the individual but is toxic where it is widespread as it is with SR ED because it undermines the credibility of the administration of justice and in CRA. Even more pernicious in my view is that it also diminishes the capability of the legal system to adapt by precedent a fundamental attribute of common law.

Worth a try and wish I had suggested it to a client but it was your comment that brought it to mind. Thanks

I always appreciate your insights.

This is an interesting approach and I’m glad you mentioned it. I hope that some of the readers leverage this insight and report back.