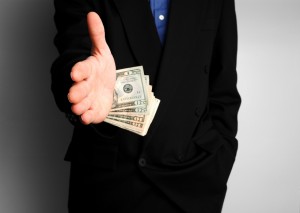 Where is the Canadian government handing
out money in Budget 2014 and what is the impact?

Canada’s finance minister, the Honourable Jim Flaherty, tabled Federal Budget 2014 on February 11, 2014. The document 1 is 419 pages long, and yet there is no direct mention of the Scientific Research & Experimental Development (SR&ED) program! However, there are a number of previously implemented changes still coming into effect that everyone should be aware of.

The 2012 budget contained many references to the SR&ED program; it  announced several significant reductions to the SR&ED refund rate and highlighted new initiatives designed to educate and inform the public about the program.  These actions were prompted by the release of the Jenkins Report,2 which contained criticisms and suggestions for improving direct and indirect funding programs.  The major changes to the SR&ED program included:

January 1, 2014: All capital expenditures no longer eligible for SR&ED.

The Canada Revenue Agency (CRA) also announced administrative improvements to increase the reliability of the review process.  The SR&ED program featured prominently in the 2012 budget.

The 2013 budget also contained a number of new initiatives designed to increase the ‘effectiveness‘ of the SR&ED program. These included:

The impact of these changes have recently been seen with the rise in the rate of CRA reviews and the release of the First-Time Claimant Advisory Service (FTCAS) 3 and Self-Assessment and Learning Tool (SALT).4

The only mention of the SR&ED program in the 2014 budget appears in Table A2.2 ‘Integrity and Fairness Tax Measures since Budget 2010‘, which is buried in the Appendix on page 382.  This is a huge contrast compared to previous years;  the CRA has announced several new changes to the program building on what was announced in the 2013 budget, but no legislative changes have been proposed for the current fiscal year.

For a review of how Federal Budget 2014 will impact direct funding programs, read here.

What do you think of the government ignoring SR&ED in Federal Budget 2014?