Changes to the Income Tax Act That Impact SR&ED 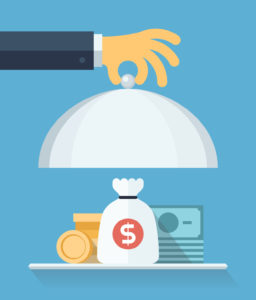 The Income Tax Act has gone through some
Legislative changes.  How does that impact the SR&ED?


The Department of Finance released three legislative proposals relating to the Income Tax Act and Regulations on September 16, 2016, that directly impact the SR&ED program. One of the proposals is still awaiting royal assent. The remaining two apply as of the date of the announcement of changes.

Change to the Proxy Method of Determining SR&ED Expenditures

Clause 37(8)(a)(ii)(B) of the Income Tax Act introduces a proxy method for determining SR&ED expenditures. It specifies what expenditures a taxpayer can deduct if they use this proxy method. That clause, in full, is as follows (and note the italicized emphasis towards the end):

“In this section, references to expenditures on or in respect of scientific research and experimental development, where the references occur other than in subsection 37(2), include only where a taxpayer has elected in prescribed form and in accordance with subsection 37(10) for a taxation year, expenditures incurred by the taxpayer in the year each of which is an expenditure of a current nature in respect of the prosecution of scientific research and experimental development in Canada directly undertaken on behalf of the taxpayer.”

A new subclause 37(8)(a)(ii)(B)(II) now amends the clause by replacing the italicized phrase “in respect of” with the word “for” in the English version of the Act.

Therefore, the reason for the change is twofold.

First, the new English version of the Act more closely mirrors the wording of the French version —  it now makes the Act consistent in both official languages.

Second, the Tax Court of Canada case law established in 2015 that the phrase “in respect of” has the broadest possible meaning. It was not the intent of tax policy to open the definition of what SR&ED is to the widest level possible. Indeed, some already feel that this wording change will narrow the scope of SR&ED expenditures.

Regardless, this change has been made. The good news is that the change applies only after September 16, 2016.

Change to the Rate at Which ITCs Are Earned

The rate change is now being formally added to the Income Tax Act. As you are probably aware, the 2012 Federal Budget reduced the general ITC rate for qualified SR&ED expenditures to 15 percent, down from 20 percent. This new rate was phased in for taxation years beginning after 2014.

Subsection 127(9) of the Act defines “specified percentage” — or simply the rate at which ITCs are earned in various circumstances. It used to read as follows (again, note the italics):

Basically, this change now swaps out 20 percent for 15 percent to bring things in line with the 2012 Budget.

Most importantly, this amendment applies to repayments made after September 16, 2016, when the change was announced. If for any reason, you were expecting a repayment at the old rate, it appears you’re now out of luck.

With regards to the filing requirement, it is still waiting on royal assent, so it’s not currently law. Subsection 37(11) of the Income Tax Act currently spells out that you must:

Additionally, you must file this form within one year of your filing due date for the year in which the expenditure was incurred.

The change is that subsection 37(11) has been amended to clear up the filing requirement and the consequences of failing to provide needed information. This means that there’s yet another new subsection 37 (11.1) that says if you fail to file the form in time, you might not get the amount you’re claiming as an SR&ED expenditure deducted from your claim.

While the amendment explains that if you do not provide the required claim preparer information, it does not stop you from deducting an expense under subsection 37(1).