Is the Jenkins Report running on empty?

In October 2011, the highly anticipated Innovation Canada: A Call To Action 1 was published. The “Jenkins Report” was lauded as a much-needed  overview of issues facing Canadian innovators. Naturally, the major issue was the future of the SR&ED program. Hundreds of submissions 2 were received from individuals and organizations across Canada , many of them focusing on the need for clarification of the SR&ED program. This post takes a critical stance on the Innovation Canada report and examines the validity and significance of the report’s conclusions.

A Lack of Practical Solutions

In the presentation of the report, there was an emphasis on making broad, sweeping statements about the next steps to take:

Government needs to do a better job helping our innovative SMEs grow into larger, world-competitive companies in Canada. Relative to the size of the Canadian economy, government support for business R&D in Canada is among the most generous in the world, yet we’re near the bottom of the pack when it comes to seeing business R&D investment,” said panel chair Tom Jenkins. “Our report took a hard look at this problem and with valuable input from businesses, scientists, and the academic community; we’ve come up with some practical solutions.

As the commentaries on the Jenkins’ reports from top accounting firms and interest groups in Canada trickled in, they were quick to applaud that the research had been done, but many noted the lack of the proposed “practical solutions”, the responses from Deloitte 3 and PriceWaterhouseCoopers 4 being the most prominent. A key section from Innovation Canada is as follows:

In line with feedback from stakeholders, we are recommending that the SR&ED program should be simpliﬁed. Speciﬁcally, for SMEs, the base for the tax credit should be labour-related costs, and the tax credit rate should be adjusted upward. The current base, which is wider than that used by many other countries, includes non-labour costs, such as materials and capital equipment, the calculation of which can be highly complex. This complexity results in excessive compliance costs for claimants and dissipates a portion of the program’s beneﬁt in fees for third-party consultants hired to prepare claims.

There are a few assumptions in this paragraph that require close analysis. The Information Technology Association of Canada has long supported implementing a “labour-based approach to SR&ED credits as a measure to address access issues for large Canadian and multinational R&D reformers who for a variety of reasons derive no benefit from SR&ED credits.”5 Although perhaps not for non-labour-intensive SR&ED, this approach would certainly make things simpler.

However, it is debatable whether or not reducing the complexity would result in a greater reliance on third-party consultants hired to prepare claims. For software companies, the primary expenses are already related to salaries. In 2008, the T661 forms were simplified in order to reduce the complexity; despite this, third-party preparation firms continue to exist. This would seem to suggest that the reason consultants exist is entirely unrelated to issues of the SR&ED program’s complexity, indicating that a deeper, more pervasive problem exists.

Many company owners choose not to apply to the SR&ED program or opt to use a consulting firm as they feel it is simply “not worth the hassle” to do it on their own. This sentiment isn’t related to the complexity of the forms or the financial legislation–after all, large organizations (or even a smaller ones) likely have in-house staff and resources that could assist with application. The tendency to use consultants is primarily due to how the submissions are ultimately processed when they are received at the CRA.

In particular, the issue lies with how the forms are reviewed, primarily by the “technical” experts. It should be explicitly noted that there are many excellent technical and financial reviewers at the CRA who have countless years of industry experience and know their particular industries inside out. More often than not, these individuals have chosen to work in the SR&ED program to assist organizations. As a result, they take an educational–as opposed to confrontational–approach when working with companies. These reviewers are the true champions of R&D in Canada. If all interactions with the CRA and SR&ED program were as positive as they are with these reviewers, there wouldn’t be an entire consulting industry filled with both reputable and questionable individuals.

Due to overzealous technical and financial reviewers who have limited industry experience and who aggressively seek to “recover” tax credits, many groups have simply given up and walked away, even when they are doing legitimate R&D work. With comfortable public sector jobs, many of these reviewers cannot conceptualize the impact they have when they deny a claim in full. Often, little or no effort is made to see if there is other work that was perhaps not claimed but is still eligible–instead, they are applauded for meeting the unofficial ‘recovery’ quota.  After all,  is there a better way to measure the ‘success’ of a visit it than by how much can be recovered?

Does the Government Impede Innovation?

For years there has been debate as to whether the SR&ED program should even be administered by the CRA. The role of the Canada Revenue Agency is primarily to collect taxes, but perhaps the proposed Industrial Research and Innovation Council (IRIC) could also oversee the administration of the technical portion SR&ED claims. Is it really appropriate to say that  “Ottawa must do a better job of identifying real R&D,”6 when those who review R&D are too far removed or inexperienced to correctly assess it?

Historically, as Peter Foster from The National Post points out,7 innovation has thrived despite the government–not because of it. At best, governments move slowly. At worst, they actually hinder innovation. This begs the question: why are we then looking to the government to support innovation in Canada? More importantly, why are we looking to unionized, public sector employees to oversee which companies receive funding?

In an ideal world, there wouldn’t be a need for consultants to help organizations apply for these tax credit programs. However, given the current environment surrounding innovation, consultants serve an important role that should be unnecessary but unfortunately isn’t. Consultants often act as shields and allies for companies that are usually highly innovative SMBs. Consultants serve as a source of encouragement, pushing companies not the retreat in the face of an obstinate reviewer. Until these individuals have been removed from their positions (or moved to a less public-facing portion of the government) there will continue to be a need for consultants.

In short, the ‘Innovation Canada – A Call To Action’ fell well short of its potential. Providing yet another high-level document with idealistic proposals that fail to address many of the underlying issues, the best case scenario is that it will cause a stir for another month–perhaps less–before being left to collect dust alongside the many studies that have come before it.
This article is presented only for informational purposes and does not constitute legal advice. You should retain legal counsel if you require legal advice regarding your individual situation.

Do you have a story to share about a positive or negative SR&ED experience?

The voice of the government labs is totally missing from the Jenkins report. Were they not worth talking to, especially when recommending the dismantling of the NRC. Also missing was any reference to the flow of IP from government labs to industry. There was no reference to our report on the management of IP in government presented to Industry Canada a few years ago perhaps because Ian Stewart was upset with the fact that it was published for all to read, not just senior bureaucrats. Treasury Board’s recent removal of a major incentive to government inventors to disclose their IP and work with companies seems to be at odds with the government’s purported goal of strengthening Canadian companies. 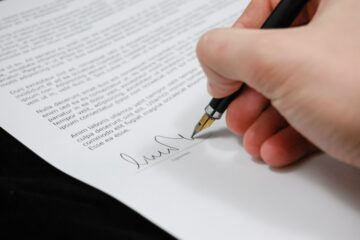 Tax Court of Canada Update: Notice to the Public and the Profession, June 29, 2022

On June 29, 2022, the Tax Court of Canada (TCC) released two Notices to the Public and the Profession. The first notice stated that they will continue accepting on a pilot project basis four types Read more…