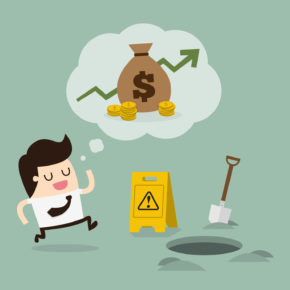 Walking into Danger with SR&ED or the CRA – Overstating

In a bid to push innovation and launch itself to the forefront of cutting-edge scientific and technological development, Canada has developed one of the most expensive research and development tax incentive programs on the planet through its Scientific Research and Experimental Development (SR&ED) tax credit system. However, owing to the immense benefits provided to eligible projects under its wing, there have been (unverified) reports of falsifying or overstating claims in the past decade and a half.

An article released in the Globe and Mail in 2011 detailed the (unverified) rising problems with overstated claims, outlining that Canadian companies were doing less R&D work in 2010 than they were even before the recession in 2007, but the cost of the SR&ED program was still consistently on the rise. 1 The author theorized that this was mostly due to companies exaggerating their claims of R&D work done while translating to little or no feasible applications which created “real income” for the country.

It’s well known that there have been issues with aggressive consultants who have incited small-business owners such as restaurants and bakeries to file for SR&ED tax credits; however, it’s equally well known that these are fairly easy to spot. David Sabina, Director of MEUK Corporation, briefly describes in a video how the Canada Revenue Agency (CRA) was inundated by a barrage of falsified claims for tax credits which were then promptly withdrawn upon closer inspection – leading to a massive loss of productive time and effort when the falsehoods were identified and loss of taxpayers’ money when they weren’t. 2. Retrieved June 20, 2015, from: https://www.youtube.com/watch?v=0mGLqjEroCA.]

Naturally, the CRA has reached a point where it has increased the documentation requirements for approved filing of claims and has displayed a failing propensity to allow even smaller mistakes or overstatements to pass them by, as seen by the $1,000 penalty for missing details or paperwork in part 9 while filing a claim. 3 But what really can happen if you decide to submit an aggressive claim or one that ‘stretches the truth’?

Best to Worst Case Scenarios When Filing a SR&ED Claim

In descending order of potential repercussions, here are the scenarios:

In part 2 of this article, we will look at some examples of the various scenarios described above, including real world examples such as Northwest Hydraulic Consultants (NHC) Ltd. v The Queen (1998),4 Zeuter Development Corporation v. The Queen (2006) 5 in 2006, and more.

Want more insight into changing attitudes at the CRA?