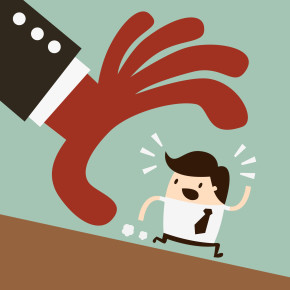 Overstating an SR&ED claim may cause you to lose more than your tax refund.

In the first part of this article, we examined changing attitudes within the Canada Revenue Agency in response to exaggerated or falsified Scientific Research & Experimental Development (SR&ED) claims. We also briefly outlined possible scenarios when filing a claim.

In part two, we will look more carefully at several scenarios and reference real-world instances of their occurrence.  (For the full list of scenarios, please see The Dangers of Overstating SR&ED Claims: Avoid the CRA’s Firing Range Pt. 1.)

Scenario 3: “Minor objections which have been verified by the CRA auditors. Your refund has been accordingly reduced in part.”

A great example of Scenario 3 would be the case of Northwest Hydraulic Consultants (NHC) Ltd. v The Queen in 1998. 1 NHC had a branch which dealt as engineering consultants specializing in hydraulics. Out of its 17 projects carried out between 1983 to 1994, five projects were contested by the CRA as ineligible since they posed no technological advancements or rose out of no defined uncertainties. Since the company in question was a global leader in their field of work, using their own remarkably high standards to show ineligibility was held as impractical by the judge. On this basis, they won the case on 4 out of the 5 contested projects. However, they lost the refund of the 5th project because they had originally overstated the scope and possibility of advancement in their claim for refund on its eligible expenses.

Scenario 4: “Grave objections by the CRA with regard to the nature or size of theSR&ED. Your refund has been disallowed.”

Scenario 4 often comes up in cases where the eligibility of the work claimed as SR&ED has been disapproved. This occurs when the firm in question is either negligent with ascertaining their eligibility in terms of resolving scientific or technological uncertainty, or overstates the manner in which the objective of their project is a product of uncertainty to begin with.

A good example of this would be Zeuter Development Corporation v. The Queen in 2006. 2 The claimant was creating an online learning tool to be used by high school students, and had been claiming the work as SR&ED from 1995 to 2002. While the credits were approved till 1999, all SR&ED claims were rejected for this company from 2000 onwards. When presented in front of a court, the judge ruled in the favour of CRA stating that compiling already-known data on a single source was not a scientific or technological advancement. Since the claimant had genuine confusion over the eligibility of his work, and had received verified credits for four years, there were no further penalties. However, no work done from 2000 onwards received refunds or credits under the SR&ED program.

Scenario 5: “Grave objections by the CRA with regard to the nature or size of the SR&ED claim. CRA auditors determine this is the result of continuing errors by the claimant, despite repeated notification from the agency. The refund has been either reduced in part or entirely disallowed, and penalties have been applied.”

In the case of Scenario 5, the claimant either overstated the amount of work done at his/her company which dealt with SR&ED or included expenses which weren’t eligible for SR&ED tax credits. However, this was an unknowing error on behalf of the claimant, and the penalties would only be applied after repeated notifications on the matter had been sent by the CRA to the claimant.

Since this article primarily deals with conscious overstatement of the project’s eligibility, scope, uncertainty, work performed, or finances, let’s move on to Scenario 6.

Scenario 6: “Grave objections by the CRA with regards to the nature or size of the claim. CRA auditors have identified wilful and conscious attempt to defraud the agency. The refund has been reduced in part or entirely disallowed, and tax evasion charges have been filed.”

Falling under this scenario opens you up to criminal charges under section 239 of the Income Tax Act, through which all parties found to be wilful and conscious conspirators are liable to be charged with fines ranging from 50% to 200% of the amount of tax sought to be evaded, as well as possible imprisonment for a term not exceeding 2 years. Of course, all persons sentenced to imprisonment under this are classified as criminal felons, with all the legal restrictions implied under that title.

A prime example for this scenario would be the appeal of Global Enviro Inc. which took place in Alberta Criminal Court in 2011, 3 and which had previously been tried and judged in 2009.4 In this case, the appellants – Global Enviro Inc. and its director Ian George McIntyre – had filed for SR&ED refunds in 2003 work completed in a previous reporting period. Specifically, the only work eligible for a refund was that which was performed between 2001 and 2002. Since the appellants were genuinely unaware of this fact until a meeting held in 2003 with CRA personnel, no charges were originally filed. However, this changed when the appellants came back with the same claim, and used falsified documentation this time to show the claimed work as being done within the periods of 2001-2002.

Both the company and its president were fined $250,000 each for presenting falsified documentation to the CRA – which represented 77% of the falsely claimed tax benefit amounts. Since the range available to the courts were 50% to 200%, with additional prison sentences, this verdict could have been far, far worse.

For a list of other court cases involving several different SR&ED scenarios of firms v CRA, please refer to this document. 5

Overstating an SR&ED Claim – The Verdict

Although the temptation is great to do so, especially since the CRA is often swamped with SR&ED claims, overstating your claim will eventually come back to haunt you. While the gains from such an endeavour may seem worthwhile in the short term, whether you’re overstating finances or eligibility, the losses are far larger – even if not immediately visible or understood. What you stand to lose is 200% of the tax amount which was defrauded – personally, if your involvement is proven, along with the firm – as well as 2 years of your life in prison.

Even in a best case scenario, what you stand to lose by overstating your claim is the refund to which your work would have genuinely been eligible, if only you hadn’t given in to exaggeration.

In the Northwest Hydraulics Consultants case, the presiding judge remarked that “most scientific research involves gradual, indeed infinitesimal, progress. Spectacular breakthroughs are rare and make up a very small part of the results of SR&ED in Canada.” Indeed, this legal commentary has been used to justify eligibility in several cases from that point on, which rested upon a valid base of technological or scientific uncertainty. If they hadn’t overstated their claim for the last project, the judge was ready to grant them the refunds for all of their contested work, rather than just 4 out of the 5.

Therefore, it doesn’t matter if the objective of your project embodies a tiny or large step forward for scientific or technological knowledge base, do not overstate your claim!