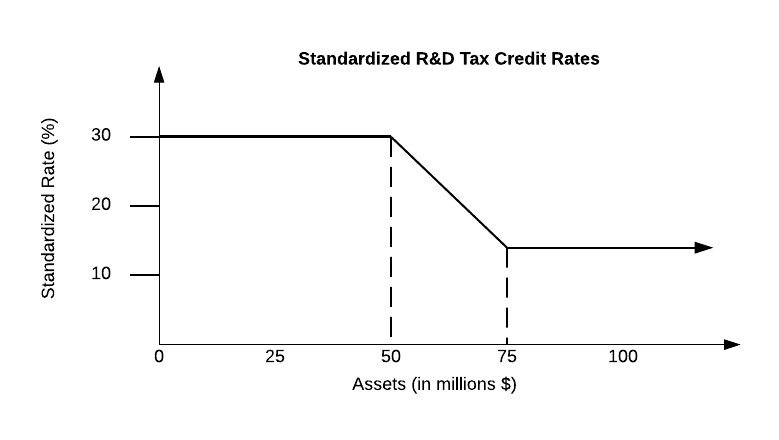 On December 2nd, 2014 the Quebec government quietly released their Fall 2014 Economic Update. In this document, they announced two changes to Quebec’s SR&ED Tax Credit Top-Up, effective immediately. These include:

This article outlines the changes, their calculation, and the overall financial impact.

Please note that unless otherwise noted, the italicized text and tables were excerpted from the Quebec Provincial Government’s Fall 2014 Economic Update and the Information Bulletin 2014-11 (released December 2, 2014).

In particular, to refocus tax assistance and minimize the administrative burden tied to the granting of tax credits, the government has announced the introduction of minimum eligible expenditure thresholds for R&D tax credits and the tax credit for investments relating to manufacturing and processing equipment.

“Currently, many business claim tax credits for small amounts of expenditure, for example, in 2011:

— 40% of businesses that claimed R&D tax credits had eligible expenditures of less than $50 000, for an average expenditure of about $25 000 per business;

— 40% of businesses that claimed the tax credit for investments relating to manufacturing and processing equipment had eligible expenditures of less than $12 500, for an average expenditure of about $4 500 per business.

As of December 3, 2014, businesses will be able to claim from these tax credits for their eligible expenditures exceeding a certain threshold, detailed below:

— one tax credit for researchers’ salaries;

— the tax credit for fees and dues paid to a research consortium.

As of December 3, 2014, the rates of the three enhanced tax credits will be standardized with those of the R&D tax credit paid on researchers’ salaries. 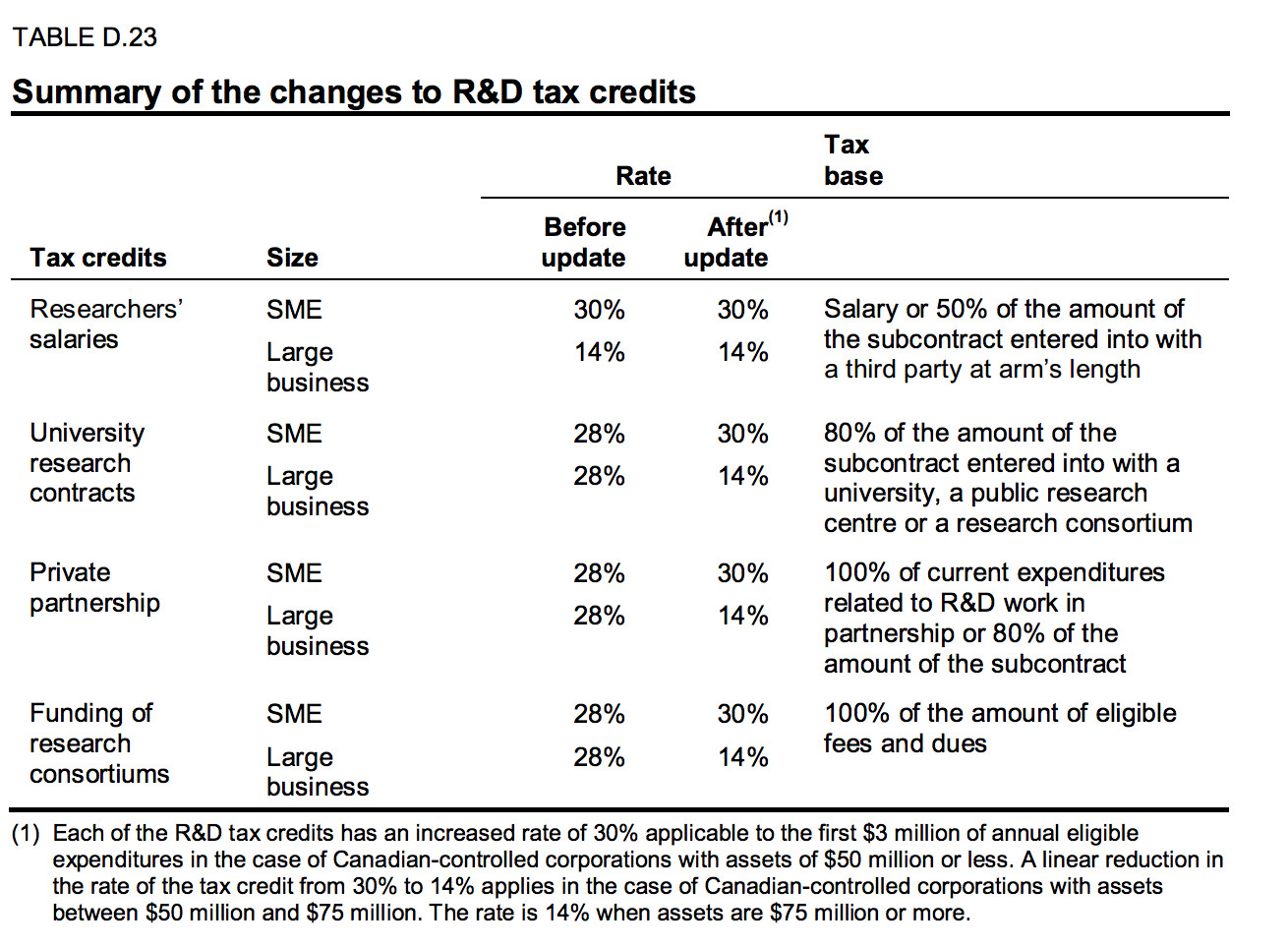 The anticipated financial impact of the two changes is as follows:

Calculation of Eligible Expenditures and the Minimum Threshold

For companies with assets between $50M and $75M, every $1 increase of assets above $50M, increases the minimum threshold by $0.007 until the threshold reaches $225K and assets are equal to or greater than $75M. 1

Historically, Quebec has been one of the most generous places to do R&D work; however, the lack of integration between the Federal and Provincial programs has caused issues as the SR&ED program gained in popularity. The result has sometimes been disastrous: refunds issued by the province prior to the final federal assessment being later recalled (with interest due) and to extremely slow processing times.

While some groups welcome this change as it may result in quicker processing times, others worry about the impact when claims are reviewed. What if the final “eligible expenditures” amount is below the threshold? Given the recent spike of appeals and disputed SR&ED claims, this may result in even more unhappy R&D companies turning towards other tax credits offered by Investissement Quebec – or moving low-paying work offshore – to avoid the hassle of interacting with the CRA.

In the words of the government, the introduction of these changes will represent savings of $63 million in 2015-2016 and $135 million in 2016-2017. Very significant “savings” for the government – but at what cost? The report argues that Quebec is still extremely competitive (see D.41 and 42) – but the abrupt implementation will definitely catch many groups (particularly startups) off-guard in the coming weeks.

The federal SR&ED tax credit program remains unchanged at this time… but is this testing the waters for similar changes upstream? With an impending election, only time will tell.

**To estimate your refund, try our SR&ED Calculator.**