SR&ED is a complex program and it helps to have expert guidance. This list includes SR&ED consultants and accounting firms who are recognized experts in SR&ED. Be sure to let them know you were referred by us!

he InGenuity Group has been involved with the SR&ED program since 1986. Co-founded by a retired Research & Technology Adviser and his daughter in 2008, this team of consultants will ensure you maximize your refund. If you are looking for an alternative to paying 20-30% of your refund, this is the group for you. www.InGenuityGroup.ca

Accounting firms with experience in preparing SR&ED financial schedules. Note: These groups may or may not have in-house SR&ED technical specialists. Consultants are considered from several varying perspectives by the CRA and by companies. These opinions and perspectives used to depend on the work of individual consultants, but there seems to be an emerging trend of demonizing consultants. Although using consultants is quite simply outsourcing to acquire missing knowledge or skill sets, their use is often viewed quite negatively and inaccurately

Consultants from the CRA’s Perspective

A term often used by the CRA to describe consultants is “bottom feeders”. During their annual conference in Hamilton, and throughout a well planted misinformation campaign in the Globe and Mail, the CRA seemed to blame many of the issues with the SR&ED program on consultants, and in particular those who had come from the CRA. The discussion that was sparked by the Globe and Mail article brings to mind a very accurate proverb: “If you want to shoot the dog, first you have to accuse it of having rabies.”

Simply put, the CRA had to find serious fault with consultants before condemning them.

Some research and technology advisors (RTAs) see consultants as a threat to their power within the SR&ED program. However, good RTAs appreciate that consultants often carry out strong due diligence that lessens the overall burden of SR&ED claim preparation. A good RTA also knows how to tactfully advise a consultant in ways that avoid undesirable practices and interpretations. One commissioner used to openly state that the triad of taxpayer, CRA and tax practitioner was most often a healthy and productive one.

Consultants from the Company Owner’s Perspective

Company owners, on the other hand, often despise consultants for two different reasons:

Both reasons can be problematic for business owners, but it is important to consider the following reality when forming an opinion on SR&ED consultants: a minimum contingency percentage of 15% of the total tax claim amount is normal. This 15% covers the costs of claim preparation and helps to ensure that there is extensive proof and documentation of the claiming process. As there is currently great uncertainty in the SR&ED field, using a consultant helps to safeguard against some of the issues that come along with this uncertainty.

That being said, there are alternative strategies. Consultants don’t necessarily have to complete all the work, thereby using up more of a company’s resources. Instead, consultants can:

The moral of the story is that good consultants should and will adapt their services to suit your specific needs.

Yeah, I agree with most of what Gil says here. Just like in any industry, there are good consultants and questionable consultants. We’re trying to educate people so that they can make the decision about the consultants themselves. Painting all consultants with the same broad brush doesn’t help anyone in this debate. 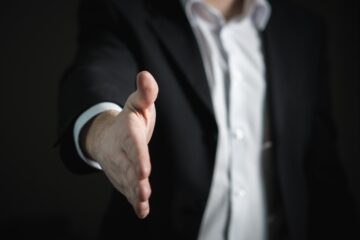