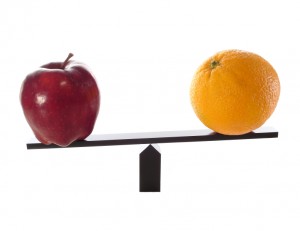 The Canada Revenue Agency (CRA) recently released the T661(13), the newest edition of the form used to apply for the Scientific Research & Experimental Development (SR&ED) tax credit. But how does the updated version compare to its predecessor, the T661(12)? We studied both versions and contrasted them for you below so you don’t miss any of the important changes.

For this article, we will be examining two aspects of the new forms. First, we’ll compare part 2 of the T661—also known as the technical narrative—to discover if there are any major changes. Second, we’ll look at the updated T4088—the document which provides detailed instruction on filling out the T661—to see if there has been any major upheavals within the guidelines.

The wording within part 2 of the new T661 didn’t receive a big overhaul—though there are a couple interesting updates, which we’ll get to. The big change is that the lines have been reordered. The wording in part 2 hasn’t changed appreciably, though it’s interesting to note that Line 242 now clearly states that obstacles/uncertainties must “not be removed using standard practice.” This is a keystone of SR&ED, so the emphasis here is important.

The T4088 is a key SR&ED document that’s meant to give a clear explanation of how to fill out each section of the T661. Perhaps the biggest change is that the revised T4088 no longer lists its expectations in point form, making it much harder to pick out key information. For a program that requires extreme clarity, this is an unfortunate modification.

Below, we’ll do a side-by-side comparison to examine if there has been any important updates in wording when discussing the advancements, obstacles/uncertainties, and work performed. With the advancements section now at the end of the technical narrative in the T661(13), the instructions in the new T4088 have been adjusted accordingly. Rather than laying out the objectives of the project, the T4088 now explains that this aspect of the write-up should be treated as more of a project post-mortem.

Previously, claimants used this space to set the stage for what was to come in the narrative; now, by focusing on the advancements specifically as they relate to the work performed, this section acts as a conclusion and final pitch as to why what was described in Line 244 was SR&ED work.

You will also note that the updated Line 242 instructions abandon the term “obstacle” altogether and choose to solely employ “uncertainty.” This is because “uncertainty” as a term has now been solidified in the Income Tax Act  (ITA) through landmark court cases such as Northwest Hydraulic Consultants Ltd. v. The Queen (1998) and, more recently, Jentel Manufacturing Ltd. v. The Queen. “Obstacle” is not mentioned in the ITA. The new Line 244 instructions, while condensed, have not appreciably changed. The updated T4088 drops out the explicit mention of ensuring the work being described was performed in the tax year for which the claim is being filed, but this is still mentioned in Line 244 itself. The role for this section—to describe, in detail, the systematic SR&ED work for which the expenditures are being claimed—remains the same.

What’s your opinion on the changes to the T661?

There is an addition to the T4088 for the uncertainty section that I find troubling: “Your response should also include how uncertainties could not be resolved by applying practices…available in the public domain”. This expands standard practice beyond the advancement to the testing methods. This is arguably more subjective than justifying an advancement and gives the CRA a new method to deny activities. The scientific method itself is a common practice in the public domain so how can any methodology go beyond this? Is there any justification for this in act or court cases?

I completely agree. What is in the public domain? Who defines this term?

The term “scientific method” is causing problems by itself. Only time will tell how it plays out!