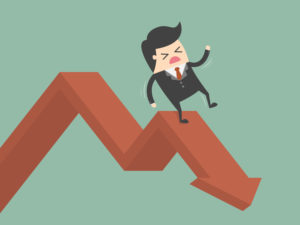 SR&ED Education and Resources analyzed what was published regarding annual SR&ED spend by the federal governments in the CRA’s Reports to Parliament and Departmental Performance Reports. What were the results?

In 2015 we estimated the amount available to the SR&ED program until 2021, based on the trends we saw in our analysis of the CRA’s reports since 2005.

*Calculations by the SR&ED Education and Resources team.
**Anticipated refund calculated based on the average of FY2013 – FY2016 decreases.

These predictions were calculated based on the average difference between SR&ED amounts from the previous years, which is a reduction of almost 7.2% year-over-year. The table below shows the amounts reported in the CRA’s Annual Reports to Parliament and Departmental Performance Reviews, versus our predictions of the amounts:

*Calculations by the SR&ED Education and Resources team.
**The average of previous decreases.

Between 2013 and 2017, our predictions were accurate, except for an unexpected $0.1 billion more being spent on the program in 2016. The amount spent on SR&ED in 2016, $3 billion, was approximately 1% of Canada’s total revenue for 2016.1 The reason that the amount in 2016 didn’t fall as low as we had predicted is uncertain. In 2016 the amount spent on SR&ED had already decreased by $0.6 billion since 2013, and in 2017 the Canadian Advanced Technology Alliance (CATA) reported that $5.3 billion had been removed from the SR&ED program between 2009 and 2016. While there was no mention of SR&ED in the 2016 budget, through quarters one, two and three of 2016, the government updated old policies and introduced new initiatives, such as the Pre-Claim Review (PCR). The introduction of the PCR may have had the biggest impact on how much was spent on SR&ED in 2016, as it enabled companies to access a free service that could determine their eligibility for SR&ED.

SR&ED Predictions for the Future

The table below shows the amounts reported in the CRA’s Annual Reports to Parliament and Departmental Performance Reviews, and our predictions until 2025.

*Calculations by the SR&ED Education and Resources team.
**The average of the FY2013 – FY2017 decreases.

*Calculations by the SR&ED Education and Resources team.

What Does This Mean for the SR&ED Program?

We predict that funding for the SR&ED program could fall to as low as $1.39 billion by 2025, that is if it survives at all. Recently, there has been increasing pressure on the government by the media to drastically reduce or eliminate business subsidies. One article published on Plant.ca recently stated that “business subsidies distort the economy by giving advantages to particular businesses or industries, putting businesses that may be otherwise more innovative or productive (but lack the contacts or political clout to receive subsidies) at a disadvantage,” 3 another article published on rabble.ca calls business subsidies “a colossal waste of government revenue” as “such subsidies just go generally to support specific industries or regions rather than to enhance economic development,” 4 and in a MacLean’s article the author argued that eliminating business subsidies would mean that “the marketplace, not political favouritism, […] decides which businesses succeed.” 5

These articles do not name SR&ED, and the criticisms appear to be criticisms often targeted towards direct funding through grants and loans 6 as, regarding “giving advantages to particular businesses or industries,” 7 an article published a few years ago highlighted that “Ottawa has a terrible track record” of directly funding profitable businesses and projects.8 The media, however, has also almost perpetually called for the SR&ED program to be replaced by direct funding for businesses over the years, so it appears that the main purpose of these articles, especially those published in Plant.ca and MacLean’s is to reduce corporate tax rates. However, it has been argued that corporate tax cuts may only have any effect on investment or entrepreneurs if taxes for corporations are already high (potentially above 35%),9 and in 2016 while the official corporate tax rate was 26.5%, it was found that the largest Canadian companies only paid 15.4% in corporate taxes.10

The CRA reports show that SR&ED funding has been steadily decreasing over time, and if the trends continue then by 2021 SR&ED funding may be cut to under $2 billion each year. Although the articles do not name SR&ED as one of the business subsidies that the government should cut, SR&ED may be considered a business subsidy, and as SR&ED has been actively criticized in the media before it is not out of the question to predict that SR&ED would not be spared from any business subsidies that may be cut.

Are There Any Positive SR&ED Predictions?

The most recent Report on Federal Tax Expenditures (FTEs), issued by the Department of Finance Canada, provides some positive outlook for the SR&ED program. The 2018 FTEs report predicts that the amount of spending on the SR&ED program will have increased to more than $3 billion by 2019,11 which is over $1 billion more than we have predicted. The data used to calculate the FTEs for SR&ED in the future is based on the “actual credits claimed,” and so only time will tell if our predictions match the reality of the SR&ED program’s spending in future years.

Despite the federal government’s focus on innovation in its 2018 budget, calls in the media to abolish business subsidies, and other calls to replace or eliminate the SR&ED program may put SR&ED on the cutting block. According to our predictions, the amount of spending on the SR&ED program has been in decline since 2013. Since our predictions have often accurately aligned with the reality of spending on the SR&ED program as reported by the CRA in its reports, it may appear that the SR&ED program is in jeopardy. This downward spiral may only be optimistically overturned if the predictions published in the 2018 FTEs report are correct. Whether the federal government considers SR&ED to be part of its innovation agenda or not is still a matter of speculation, as only the exact expenditures on SR&ED (which may not be available for another few years) will tell us if the government truly values the SR&ED tax credit.

What are your thoughts? Are recent articles on business subsidies having any impact on funding to incentives such as SR&ED?