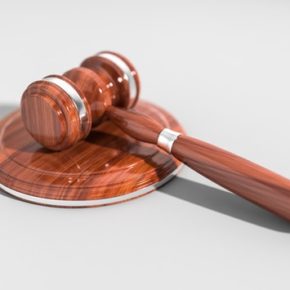 During the late 1980s and early 1990s, a dubious practice emerged whereby some Canadian corporations established general partnerships with other companies as a means of obtaining scientific research and experimental development (SR&ED) investment tax credits (ITCs). However, in many cases, no SR&ED work was conducted by these partners, which meant that these partnerships were tax shelter schemes. In the coming years, the Tax Court of Canada would hear numerous cases about these tax shelters and generally ruled against the individuals seeking ITCs through these tax shelters as they had not performed any SR&ED that would make them eligible for an ITC.

This article will detail the history of the SR&ED tax shelter and what the Canada Revenue Agency or CRA (as it is now known) did, if anything, to curtail this activity.

What Is a Partnership?

A Memorandum for the Honourable David Anderson (the then-Minister of National Revenue) issued in April 1995, noted that “approximately 10,000 investors in the Province of Québec purchased interests in SR&ED general partnerships [in the 1989 to 1993 taxation years].”4 The CRA could not explain why the investors were based in Quebec. “We do not have any information, … other than that the promoters of the scheme did business in Quebec,” said a CRA media relations spokesperson.5

A Revenue Canada (as it was then called) Task Force was created to look into the matter circa 1994. The task force consisted of seven Revenue Canada employees representing five sectors of the department, as well as three scientists. Their mandate was to create a report on the strengths and weaknesses of the tax files in question.6

According to a CRA Media Spokesperson, “The Task Force was set up to manage the objections, court appeals, and tax assessments of those taxpayers that had invested in … [these] tax shelters between the 1989 and 1994 taxation years.”7

After examining about 20 files, the Task Force provided an initial report for the Working Group that was tasked with looking at these files in conjunction with the Task Force in April 1995. That report is no longer available, as the CRA only retains documents for no longer than 20 years.

The Task Force’s Findings and Recommendations

One of the task force’s findings was that the members of the partnerships in question did not incur any risk with respect to their investments. Their shares were redeemed by the companies that did the research work.8

The Task Force thus ruled that:

A member of such a partnership is entitled to his/her share of the loss and the Investment Tax Credit (ITC) on qualified expenditures provided he/she was actively engaged in the activities of the business of the partnership and that the investment risk was not limited. The investment risk may be limited, for example, by the fact that an investor has obtained a guarantee that he or she will be able to sell his or her partnership interest for an amount exceeding the Fair Market Value. 9

Clearly, the members of these partnerships were being considered by Revenue Canada as “specified members.”

Eventually, a settlement was offered by Revenue Canada to most of the partnerships that contained the following elements:

(b)            The deductions claimed by the investors for the business losses incurred by each partnership were disallowed.

(c)            A business loss was deductible, in the year the shares were redeemed, in respect of the disposition of those shares by each member.

(d)            The interest payable in respect of each assessment for each period ending on October 31, 1995, was cancelled. The justification for this was that the investors would not have objected to the assessment if they had known that they would be assessed as limited partners. 10

The purpose of this settlement was to enable investors the ability to claim “a business loss equal to their initial investment even if no research had been done.”11 However, these claims were ultimately disallowed, since the investors could not judge whether or not the partnerships actually were conducting scientific research work.12

In short, the Task Force found that tax credits would be disallowed for ineligible projects that did not involve SR&ED work. However, for eligible projects, “all partners were considered passive members and were thus denied the investment tax credit.” 13 Again, the CRA was treating these partners as “specified members.” In fact, the Task Force found that the interests of the partnerships were all sold within a few months of their purchases for 45 to 50 percent of the original investment, and no activity was carried on by the partnerships after the ‘buy-back.’” 14

What Changed as a Result of These Findings?

The reason for this was because this activity was not an example of a tax loophole that was being exploited. Rather, “this was a case of promoters developing a tax scheme and selling (SR&ED) tax deductions/ITCs to uninformed taxpayers. The law applicable to the tax year at issue was always clear in that ‘specified members’ of a partnership were not entitled to ITCs and/or business losses arising from SRED expenditures. ”16

Indeed, today, the CRA’s SR&ED Claims for Partnership Policy is exceptionally clear on the inability for specified members to receive SR&ED ITCs: “A specified member is precluded from receiving any of the partnership SR&ED investment tax credit (ITC).” 17 As far as the CRA is concerned, there is no such thing as an SR&ED tax shelter. If one is offered to you, it is undoubtedly a scam.

What do you think? Should these investors have been eligible for SR&ED ITCs?