SR&ED in the Report on Federal Tax Expenditures (FTEs) 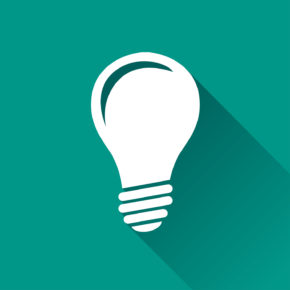 SR&ED in the Report on Federal Tax Expenditures (FTEs)

Last March, the Department of Finance Canada released its 2018 Report on Federal Tax Expenditures. In previous years, the projected figures of the federal government’s revenue being spent on the SR&ED tax credit had been declining. What does this year’s report say?

If you compare the Report on Federal Tax Expenditures – Concepts, Estimates and Evaluations 2018 with its 2017 version, you’ll note that there has been a very slight increase in the amount of money the Liberal federal government plans to spend on the SR&ED program. Comparing the projected figures for the year 2017 between both reports, there is an almost one percent increase in overall spending. Comparing the year 2018 between both reports, the projected spending has gone up two percent.1

The projected figures for 2019 yield a particularly positive outcome: the government expects to spend more than $3 billion on SR&ED in that year. If this projection becomes reality, this would be the first time the amount of SR&ED tax credits given out by the federal government will have eclipsed the $3 billion mark since 2013.4 This is noteworthy because changes to the SR&ED program in the 2012 Federal Budget significantly reduced the amount of funding SR&ED claimants could receive. The 2012 changes also made certain things ineligible for funding, such as not allowing capital expenditures to be accrued after 2014.

Here are the most recent figures notated in the 2018 report:

Here are the figures from last year, as a means of comparison:

What Is the Reason for the Increase?

It seems likely that the reason for the increase in funding to the SR&ED program is a result of the Liberal federal government’s emphasis on innovation, although the gains can only be described as cautiously modest.

However, note that the amount “earned in current year but carried back to prior years” has gone down significantly: from a projected figure of $90 million in 2016 down to $65 million the following year and only $70 million for subsequent years.5 What is the reason behind that?

Answers to these questions will appear in a forthcoming article that will look at the trends in the figures and investigate why the gains to the SR&ED program are only modest at best.

Do you have any thoughts on why the federal government is spending only slightly more on the SR&ED program?