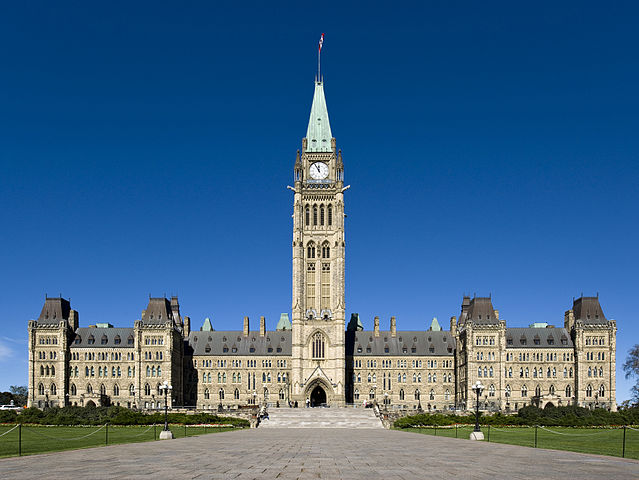 A comparison between the 2017 version of the report and the 2018 report shows a slight increase in the amount of funding the Liberal federal government plans to allocate to the SR&ED program. In comparing the projected figures for the year 2017 between both reports, there is an almost one percent increase in projected spending – from $2.8 billion to $2.83 billion. However looking at the year 2018 between both reports, the projected spending has gone up two percent – from $2.905 billion to $2.925 billion.1

The purpose of this article is to examine the trends for the SR&ED program based on a comparison of the two reports.

What is an FTE?

The Department of Finance Canada has been publishing these reports since 1994, but they have announced estimates going back as far as 1979.3 Usually, these reports are released in advance of the Federal Budget, but this year’s report was released on March 7, 2018 (according to the update notice on the report’s download page on the Department of Finance Canada’s website), about a week after the Federal Budget 2018 was presented to Parliament on February 27, 2018. What caused the delay in the release? According to a media spokesperson for the Department of Finance Canada, “The target date for tabling the main estimates for 2018-19 and 2019-20 was set to April 1 rather than March 1, following changes made last year to the Standing Orders of the House of Commons. This change allows the Government to better align the Main Estimates with the spending described in the Budget.”4

Effects of the Previous Government Still Linger in the Report

Since companies and individuals have two years to carry back SR&ED expenditures to previous tax years, complete figures are only available up to the year 2015, any amounts after that are still “projected”. If one examines the most up-to-date, non-projected figures up to 2015 in the 2018 report, the lingering effects of Stephen Harper’s Conservative government are still visible. For instance, the 2017 report noted that “about 3,800 individuals and 21,900 companies claimed [the SR&ED] credit in 2014.”5 The 2018 report notes that those numbers decreased slightly in 2015, the final year of the Harper Conservative government: “about 3,700 individuals and 21,200 corporations claimed this credit in 2015.”6

Recall that there was fallout from Federal Budget 2012, which introduced changes to the SR&ED program, such as reducing the refundable tax credit from 20 to 15 percent, which led to increased scrutiny from the Canada Revenue Agency (CRA) in the wake of these changes. However, the remainder of the report remains positive, because the projected figures in the years following 2015 are now generally growing in total, rather than declining.

When the Liberal federal government took power in late 2015, they announced an innovation agenda. That level of forward-thinking has boded well for the projected figures for the year 2016. Again, these are only projections, but the federal government is estimating that the amount of SR&ED “earned in the current year but carried back to previous years” in 2016 will almost triple the amount spent in this category in 2015. The 2018 report says that in 2015 this amount accounted for $35 million in FTEs. However, the federal government estimates that in 2016 the amount will account for $90 million! 7

Note that the amount “claimed in current year but earned in prior years” went down between the two years, but that might be a sign that individuals and companies were more concerned about claiming tax advantages for the years that the Conservatives were in power.

Things seemed to settle in 2017, with the “earned in the current year but carried back to previous years” amount retreating back to $65 million, then growing to $70 million a year for the years 2018 and 2019.9 Still, that is more than double the amount the federal government spent in 2015, the final year of Stephen Harper’s mandate. The CRA deferred all questions to the Department of Finance Canada, since they were the authors of the report, and a media spokesperson in that department noted that “with regard to amounts of SR&ED credits ‘earned in the current year but carried back to previous years,’ variations year-over-year can often be driven by whether there are large firms making use of the carry-back provisions.”10 Reading between the lines, it seems as though these large firms might have been more optimistic about carrying back amounts to previous years with a new government in power.

Projected Spending on SR&ED to Eclipse $3 Billion in 2019

The other major noteworthy trend is that the Liberal government is projecting to spend more than $3 billion on the SR&ED program in 2019. If those projected numbers hold true – something that probably will not be fully known until the 2021 report is released– that means that it will be the first time that spending on SR&ED will be more than $3 billion since the year 2013.11 (Again, remember that the previous Conservative government introduced measures in the 2012 Federal Budget to curtail the SR&ED program in the wake of media reports that companies were abusing the SR&ED incentives.)

The figures from the most recent years notated in the 2018 report are below 12:

Compare the growth of those numbers to what was reported last year:

These increases may seem peculiar because it was only last year that the Globe and Mail ran an article with a headline that noted the CRA had “tighten[ed the] screws” on the SR&ED incentive program.13 If that is indeed the case, what could account for the sudden projected growth in spending on the SR&ED program?

According to the media spokesperson from the Department of Finance Canada, “the trajectory can largely be attributed to the natural growth in R&D expenditures based on growth in the size of the Canadian economy and inflation.”14

The Year 2019 Shows Another Trend

Another thing that is notable about the 2018 Report on FTEs is that the amount “earned and claimed in current year” will be worth $515 million in government spending by the year 2019 – the last time it was exactly this high was in 2014.15

While the true effects of the Liberal federal government’s innovation agenda will not be clear in these reports for perhaps another year, if not longer, the signs in the projections bode well for the SR&ED program as a whole. There has been a significant shift to increasing the projected amount of the FTEs since the year 2016, the first full year that Justin Trudeau’s Liberal government was in power, compared to the lead up to the change in government. It is important to note that according to the Department of Finance Canada, estimates between 2012 and 2015 are based on data provided by the tax filings of businesses making use of the SR&ED program, whereas the 2016 estimates are based on near-complete data. For 2017 on, the amounts shown are based entirely on modelled projections.16 While a truly accurate figure will not be available until modelled projections are converted to complete data, the projected figures indicate positive growth for the SR&ED program as a whole and appear to be a sign that the tax incentive program is growing again.

What do you think of the 2018 Report on Federal Tax Expenditures and its impacts on SR&ED?