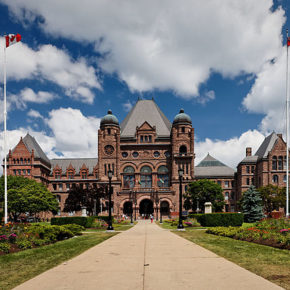 Budget season is here. Following shortly after the federal budget which announced small changes that will increase the refunds for large, profitable firms the Ontario government has made an announcement which, on face value, sounds promising. We look at the statements that are made as well as the source documents reference, to see what changes might be contemplated by both the provincial and federal governments in the coming years.

Two of the major provincial “top-up” tax credits that are administered concurrently with the federal SR&ED ITC are the Ontario Innovation Tax Credit (OITC) and the Ontario Research and Development Tax Credit (ORDTC).

For those who are trying to keep track, the following announcements have been made in the last four years at the provincial level have been:

Ontario Budget: Protecting What Matters Most (2019)

The Ontario budget was released on April 11, 2019 with the title: “Protecting What Matters Most”. The newly-elected conservative government is deciding what gets cut and what gets enhanced, all while trying to ensure that the province is “A Place To Grow”.  In the budget, the following statements were made that sounds cautiously optimistic in relation the Ontario Innovation Tax Credit (OITC) and the Ontario Research and Development Tax Credit (ORDTC):

As announced in the 2018 Ontario Economic Outlook and Fiscal Review, the Province is reviewing support provided for research and development (R&D) to ensure that it is effective and efficient. In the coming months, the government will consult with businesses and develop a plan that ensures Ontario entrepreneurs have improved access to the Province’s R&D support.

As part of this review, the Province will examine the Ontario Innovation Tax Credit (OITC), which is an eight per cent tax credit on R&D expenditures for small and medium‐sized companies, as well as other R&D tax incentives. Companies that claim the OITC may also receive the 3.5 per cent Ontario Research and Development Tax Credit (ORDTC) and an enhanced 35 per cent federal scientific research and experimental development (SR&ED) investment tax credit for the same expenditures.

The review will consider the appropriate level of R&D tax support for business, taking into account research findings on the cost and benefits of R&D tax credits. 3

While this initially seems optimistic (“improved access to the Province’s R&D support”), it’s important to look at the source document identified as the “research findings”. The document referenced is John Lester’s recent work Policy Interventions Favouring Small Business: Rationales, Results and Recommendations 4 While there is a solid argument for supporting R&D, subsidies provided to small firms are so generous that they are harming economic performance. The federal government provides a 35% tax credit for R&D performed by small firms.

This is the first warning that the report may not be favourable for the selected tax credits. As predicted, more details regarding their views of the cost-benefit of SR&ED are provided – and are not flattering:

A cost-benefit analysis of the enhanced SR&ED tax credit and IRAP indicates that in both cases the net social benefit is negative. High compliance costs and, in the case of IRAP, high administration costs, are a factor in this outcome, but the key consideration is excessive subsidization. A firm claiming the federal and provincial SR&ED tax credits would, on average, receive a 42-per-cent subsidy and those firms receiving support from IRAP could have almost 60 per cent of their project costs paid by the government. In contrast, the average subsidy rate for a large firm benefiting from federal and provincial tax credits is about 23 per cent. The case for providing extra support for R&D undertaken by small firms is weak. As suggested above, a premium could be justified by dynamic considerations or as a secondbest alternative to compensating for other externalities, but the subsidies now available still appear excessive. (p.4)

The recommendations for support for R&D are as follows:

1. Reduce the federal enhanced SR&ED tax credit rate from 35 to 15 per cent. This would lower the combined federal-provincial rate to about 25 per cent, which is only slightly higher than the value that minimizes the static social loss associated with the enhanced SR&ED program.

2. Limit “stacking” of federal and provincial assistance to 40 per cent of project costs. In conjunction with the first recommendation, this would effectively cap IRAP subsidies at 20 per cent.

3. Apply SR&ED risk-management practices to IRAP funding in order to reduce administration and compliance costs. The combination of a detailed application and selective auditing of claimants appears to be sufficient to keep losses at acceptable levels in the SR&ED program. Similar results are likely to be achieved for IRAP clients. (p.6)

This is explained in the detailed section on The Enhanced SR&ED Investment Tax Credit (p40) which is worth reading in its entirety but this section is particularly interesting:

Lester5  finds that the enhanced credit results in a net social cost of about 12 cents per dollar of tax revenue forgone, which would put the annual social cost at $155 million in 2015. In contrast, the regular credit generates a net benefit of about 12 cents per dollar of tax revenue forgone. The higher subsidy rate and higher compliance costs per dollar of credit received for smaller firms explain the different outcomes. The loss is even more substantial if provincial tax credits are included. The federal-provincial weighted average SR&ED statutory tax credit for SMEs is about 42 per cent (Table 7), which implies a social cost of about $205 million for federal and provincial programs in 2015. The optimal statutory subsidy rate — the rate that minimizes the loss — for smaller firms is about 23 per cent.6The social loss at this rate would be about $120 million. The optimal statutory subsidy rate for large firms is approximately the same.7

The optimal subsidy rates were calculated assuming that knowledge spillovers and the responsiveness of spending to a subsidy are the same for both categories of firm. As discussed in Section 2, theoretical and empirical analyses does not provide much guidance on the relative size of spillovers. The safest conclusion would be that spillovers are the same for large and small firms. The empirical work on the price sensitivity of R&D spending by size of firm is not extensive, but provides limited support for the view that spending by small firms is more sensitive to price changes than spending by larger firms.8  Based on the model used in Lester,9 if spending by small firms were 25-per-cent more sensitive to the price of R&D than larger firms, which would be a large difference, the optimal subsidy rate would rise by about 3.5 percentage points to about 25 per cent. Given the other uncertainties associated with calculating the optimal rate, there is no compelling reason to adopt a higher optimal rate for small firms.

The policy recommendations are nuanced and we would again strongly encourage you to read the full report, but the following brief passage is particularly interestings (our emphasis in bold):

As explained in Lester and Warda,10 there is a particularly strong case for refundability for young firms, which are unlikely to have taxable income while their first round of R&D is underway. […] The absence of refundability therefore puts young and undiversified firms at a disadvantage relative to established, diversified firms. Note that with refundability, setting the two federal rates at the same value would not result in any administrative savings because criteria for refundability would have to be maintained.

It should be clearly stated that the author is well-known and extremely well versed in the SR&ED program, as they have written about it and been involved in various panels for a number of years. The proposals are reasonable, in light of the arguments put forward; however, it should be cautioned that this is a research paper (not peer reviewed) and it does not appear to draw on many other peer-reviewed research papers that may offer conflicting positions. Readers are encouraged to review the report in its entirity (incl. the references) and read broadly, to determine whether they agree with the conclusions.

For now, we wait to see how the current provincial government makes use of the research papers. If you are a young firm or consultant who believes that other evidence beyond this paper should be considered, we would encourage you to review the available research and contact your local MPP to discuss your concerns. If you agree with the position in this paper, we would encourage you to do the same.

The link to the 2019 Ontario budget is here. What do you think of it?