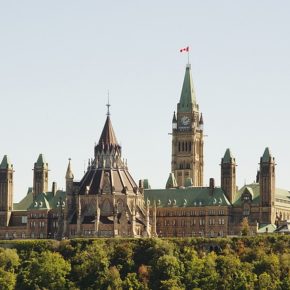 On April 7, 2022, the Liberal government Deputy Prime Minister and Minister of Finance, the Honourable Chrystia Freeland, released the Federal Budget 2022.

SR&ED in the Federal Budget – Prior Budgets

The 2020 budget was not released due to the COVID-19 pandemic, and the 2021 budget contained no direct reference to the SR&ED program but rather detailed a blueprint for the recovery for Canada’s economy and to help it rebound stronger than before the pandemic.

The last major change to SR&ED occurred in the 2019 budget when it proposed repealing the use of taxable income as a factor in determining a CCPC’s annual expenditure limit for the purpose of the enhanced SR&ED tax credit. As a result, small CCPCs with taxable capital of up to $10 million will benefit from unreduced access to the enhanced refundable SR&ED credit regardless of their taxable income.

A minor change was made in 2017, which was covered in a brief bullet point under “Closing Tax Loopholes”:

Clarify the intended meaning of “factual control” under the Income Tax Act for the purpose of determining who has control of a corporation in order to prevent inappropriate access to supports such as the small business tax rate and the enhanced refundable 35-per-cent Scientific Research and Experimental Development Tax Credit for small businesses 1.

Review of Tax Support to R&D and Intellectual Property – 2022

A major announcement has been made:

The Scientific Research and Experimental Development (SR&ED) program
provides tax incentives to encourage Canadian businesses of all sizes and
in all sectors to conduct R&D. The SR&ED program has been a cornerstone
of Canada’s innovation strategy. The government intends to undertake a
review of the program, first to ensure that it is effective in encouraging R&D
that benefits Canada, and second to explore opportunities to modernize and
simplify it. Specifically, the review will examine whether changes to eligibility
criteria would be warranted to ensure adequacy of support and improve overall
program efficiency. (p. 62)2

This is a significant announcement as they explicitly state they will consider changing the eligibility criteria, in order to ensure “adequacy of support” and to “improve overall program efficiency.”

Following on this is a statement in relation of Intellectual Property:

As part of this review, the government will also consider whether the tax
system can play a role in encouraging the development and retention of
intellectual property stemming from R&D conducted in Canada. In particular,
the government will consider, and seek views on, the suitability of adopting a
patent box regime in order to meet these objectives (p. 62)2

For those who are unaware, a patent box regime is defined by the Tax Foundation as:

A patent box—also referred to as intellectual property (IP) regime—taxes business income earned from IP at a rate below the statutory corporate income tax rate, aiming to encourage local research and development. Many patent boxes around the world have undergone substantial reforms due to profit shifting concerns.4

This is an interesting development, as many expected IP costs to be added to the SR&ED program.

What is the impact and what does this mean?

As of right now, this is only a signal of what is to come; however, the impact could be very dramatic if the eligibility criteria are modified. The last set of changes (2012) reduced the payouts by nearly $500,000,000 (see Analysis: Trends in CRA Reports to Parliament Regarding SR&ED).

Further, the timing makes sense if we look at the history of changes to the program.

The last significant change to the program was announced in the 2012 budget, when the Conservative party (Harper) had recently been re-elected with a majority (2011). As they were expected to be in power until 2015, announcing major changes 3 years away from an election allowed them to recover from any negative publicity resulting from the reduction in SR&ED tax credits delivered annually. (For more details, see our SR&ED In Federal Budgets (Summary)).

With a Liberal-NDP government expected to be in place until 2025, the timing would be right to make drastic changes to the program. If they are made this year (2022), this will allow time for other pressing news cycles to bury any discontent.

Finally, this was one of the promises of the Liberal platform (Liberal Party Promises SR&ED Reform), however, the platform promise appeared to suggest they would expand the program, not reduce it:

Reform the Scientific Research and Experimental Development Program to reduce red tape and the need for consultants, better align eligible expenses to today’s innovation and R&D, and make the program more generous for those companies who take the biggest risks, promoting productivity, new inventions, and the creation of good jobs. 5

What Does This Mean?

We won’t know the full impact until the review is completed; however, many changes are likely already underway. The CRA recently completely rewrote the Eligibility of Work policy, stripping it of the “5 Questions” that align with most Tax Court of Canada rulings and instead introducing the “Why” and “How” test (New SR&ED Policy: Guidelines on the eligibility of work for scientific research and experimental development (SR&ED) tax incentives). This was announced quietly and has left many companies who aligned their work with the five questions (which again, align with the Tax Court of Canada rulings) scrambling to try and explain their work to the CRA under the new policy.

For analysis of previous budgets please see our articles: SR&ED in the Federal Budget: Innovation Support (2021) and SR&ED In Federal Budgets (Summary).