Communicating with the CRA How to effectively communicate with the CRA

In SR&ED project eligibility, the most important aspect is how the project has advanced technology or scientific knowledge. This often seems counter to a company’s instinct to sell its products or ideas.

What does it mean for a company’s products?

Businesses often communicate in terms of the features and cost-saving benefits of their applications, products, ideas or technology, despite the Canada Revenue Agency (CRA) explicitly indicating that it is uninterested in this information:

The success, failure, marketability, or commercial significance of work is not relevant to [the project’s] eligibility.1

Programmers and engineers are often taught to change how they speak to others to ensure that they don’t discuss technological aspects of their work that may be difficult for others to understand. In SR&ED, however, it is this information that is critical to determining the eligibility of a project and therefore the success of a claim. The Eligibility of Work for SR&ED Investment Tax Credits Policy emphasizes:

Doubt about the business or commercial success of the material, device, product, or process being developed is not a scientific or technological uncertainty.2

What Can You Do to Effectively Communicate with the CRA?

2. Stay away from certain words. When writing your technical narrative in the T661 to claim SR&ED, ensure that you understand how the CRA interprets particular words or phrases. There are certain “red flag” words that can render your claim ineligible, so don’t get caught out.

3. Ensure that you’re speaking the CRA’s language. Similar to the above, the CRA communicates using very particular language. The ability to communicate effectively with the CRA about your project and the SR&ED program is key to an SR&ED claim’s success.

In summary, the CRA can be very specific in its understanding of certain terms that would be acceptable in most other contexts. The Technical Narrative of the T661 form is one of the most vital aspects of an SR&ED claim. By communicating correctly and effectively with the CRA through the technical narrative, a claim may avoid a review and ultimately, be considered eligible.

If the CRA wants us to discuss the complications, does that mean we don’t have to worry about being too technical on our application? Isn’t there a danger that the CRA reviewer won’t have the necessary background to understand our area of technology?

Excellent question! The short answer is that no, you don’t need to worry about the analyst not understanding your technology. The Federal Government hires highly competent reviewers and most will have at least a Masters, PhD or industrial experience in the field. If they ever run into a claim that they aren’t sure about, the government is able to hire third party consultants who will have a better understanding; you don’t need to worry about the subtleties in your technology being lost. At the same time, you want the report to be clear; excessive verbiage and technobabble will raise suspicions just as much as a simplistic summary.

A pleasingly rational answer. Good to hear from you.

This is something that I never even thought of. I guess as a small business owner we get so use to giving our “sales” pitch that we don’t know how to do anything else.

Thanks for the information. It is nice to know that we can just sit down and talk about the technology behind our project. Let’s face it, this is the stuff that probably has most of us excited to begin with.

It is crazy to think about how many little, “simple”, things need to be thought about when filling out these forms. I guess that’s why it is good to have a resource like this, so thank you.

is there a daily form that can be filled out by employees or a software where the employees can post their r/d. progress. looking for standardizing the info in the arly stages of the business.
Thanks Chico

There’s no ‘official’ form put out by the CRA as the information that a given employee will record will vary greatly from one industry to another. In general, each company should set up their own process which makes sense and shows enough evidence to justify the claimable amounts at the end of the year.

In general, daily logbooks where an employee jots down what they worked on that day are a great source. Weekly meeting reports. All of this is useful. The most important part though is to be consistent so its easy to show the eligible work activities that were performed. If you’d like more specific advice, contact us directly. Cheers 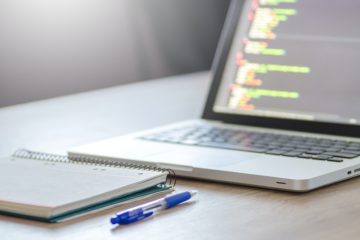 Many software companies follow the format for the Plan, Do, Check, Act (PDCA). Unfortunately, this alone does not satisfy the definition of the scientific method. This article looks at PDCA and how a recent ruling Read more…