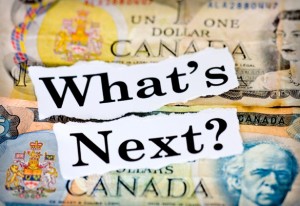 What are the Canadian R&D Pre-Election Platforms?

We continue to face challenges as an innovation nation. This has to change if we are to compete well internationally and secure a strong future” Prof. Howard Alper1, Chairman of Science, Technology and Innovation Council.

With the impending 2015 federal election on October 19th, the future of research and development (R&D) and innovation funding in Canada may be up for change, depending on which party captures voter favour. Given the importance of this event, we have compiled a brief snapshot of various party positions in their election platforms concerning R&D, Scientific Research & Experimental Development (SR&ED), and innovation funding for our visitors & patrons.

Curiously, any direct mention of SR&ED and similar programs has been largely absent from most official literature and press communications in the prelude to these elections. While science remains a critical element in the platform of all participant political parties, the focus of conversation has largely centred around:

As outlined in their amended policy document2the Conservative Party:

This is no time for risky plans that could harm our future. It is time to stay the course and stick to our plan. Prime Minister Stephen Harper.

According to “Our Conservative Plan to Protect the Economy”3, a re-elected Conservative government will support R&D by:

The NDP’s “Building the country of our dreams”4 discusses Tom Mulcair’s plan for science, research, and innovation in Canada. It clarifies that:

On the website for Evidence for Democracy, 5an NDP representative also released the following statement:

[The Innovation Tax Credit] plan will save Canadian businesses making these critical R&D investments approximately $40 million each year. We have also committed to making targeting (sic) investments to support our manufacturing sector which is the largest spender on research and development, according to Statistics Canada.

Response to Evidence for Democracy

…[T]here is no longer a balance between basic and applied science… Funding that was previously destined for curiosity-driven research in many labs across Canada has been shifted into partnerships with industry, with a concentration in large research-intensive universities. This is bad policy… [G]overnments cannot direct how businesses choose to spend on R&D. That is why the Green Party is dedicated to raising taxes on the profits of large corporations and direct tax dollars to science in the public interest.” GPC representative to Evidence for Democracy6.

In response7to the Canadian Consortium for Research, the Green Party states:

Corporate tax cuts have not resulted in improvements in productivity… We can adjust the corporate tax rate… And we can direct funds to innovators and R&D. More R&D and innovation will come from manufacturing and clean technology. Greens want to create a federally-funded $1 billion per year Green Technology Commercialization Grants to accelerate emerging technologies and give Canadian entrepreneurs a head start. It will help good ideas and emerging technology get to market, growing our sustainable economy and creating good local jobs and opportunities in our communities.

We will increase funding to federal research councils by 15 percent annually for four years. Green MPs will fight to rectify this imbalance [between basic and applied science] and restore funding to basic and curiosity-driven research.”

In the text of their election platform8, the Green Party explains the essence of its position:

Canadian scientists, both inside and outside of government, must have the freedom to pursue important discoveries, without looking over their shoulders and worrying about whether their work is “industry relevant” or subject to political interference in funding decisions.

The “New Plan for a Strong Middle Class”9 clarifies the position held by the Liberal Party, stating that they intend to:

Future of R&D in Canada: Conclusion

In interviews with Science and Policy Exchange, both Liberal MP Ted Hsu (Science & Technology Critic) 10 and NDP MP Laurin Liu11 mention their respective parties’ support for the diversification of Canada’s R&D and investment interests, meaningful research and development of clean or green technology, strengthening of scientific output for the manufacturing sector, and re-balancing of scientific objectives by once again increasing funding to basic research. Similar positions are mirrored by the Green Party of Canada, with the exception that Ted Hsu also speaks of the importance of “commercialization”.

As we’ve seen in the snapshot of the positions discussed above, every political party uses “innovation” as a keyword in their platforms; and yet, as reflected in this article on the Globe and Mail, the understanding of the term seems unclear among the nation’s leadership. Innovation is not just the conceptualization of a new technology, or the invention of a new product, but rather “the complete process of taking new ideas and devising new or improved products and services that are then sold in the marketplace.” Dan Breznitz, the author of the article and co-director of the innovation policy lab at the Munk School of Global Affairs at the University of Toronto, holds that the only way to ensure continuous economic growth is through innovation, and that Canada’s political leaders have failed its citizenry on this front for the past 15 years.

A thriving business environment backed by sound economic policies regulating the R&D of any nation spurs its growth, and this growth, in turn, nurtures business in an endless cycle. With Canada technically facing a recession due to falling oil prices, it seems growth is an ever-present need – either through business-as-usual or by enforcing meaningful change in the nation’s approach to its R&D investments. The question remains – which of these parties will provide the best fodder for that growth?

The complete platforms of all political parties can be accessed and viewed with ease at a single location here.

Let us know your thoughts on the upcoming elections and their impact on R&D.