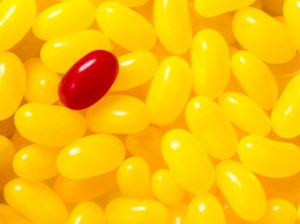 The 2017 Federal budget may clarify factual control of corporations.

Amendments to the Income Tax Act are proposed in response to a recent court case, which could have reduced the scope of factors used to determine whether or not factual control exists.

The Differences Between Factual and Legal Control

There are two types of control of a corporation in the Act: legal and factual. Factual control is a much broader concept, and these types of control make sure that the tax system isn’t abused.

The factual control test is used to determine if two or more Canadian-controlled private corporations are associated with each other. These associations must be considered together to ensure that certain tax advantages can be obtained.

Legal control implies that a person has the right to elect most of their board of directors.

The recent court decision “McGillivray Restaurant Ltd. v. The Queen”  found that a factor to be considered in whether or not factual control exists, an individual must have “a legally enforceable right and ability to effect a change to the board of directors or its powers, or to exercise influence over the shareholder or shareholders who have that right and ability.”  The court rejected consideration of factors related to operational control in making its decision.

What Does This Mean For SR&ED?

In its budget documents, the federal government suggests that this court decision’s interpretation is not broad enough. Thus, the Liberal federal government intends to amend the Income Tax Act to establish that all factors need to be taken into account when determining factual control. However, this could introduce more uncertainty as to whether someone has factual control of a corporation.

As a result, it remains to be seen if this proposed amendment will help or hinder corporations from accessing tax benefits, such as the SR&ED tax credit. Nevertheless, this amendment, once made, will apply to all taxation years beginning after when the Budget was tabled on March 22, 2017.