Speech from the Throne Pits SR&ED vs. IRAP with Strategic Silence 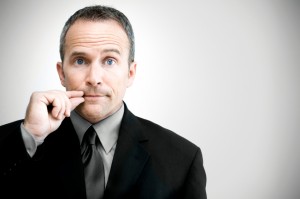 Not a word was spoken about SR&ED during the October 16 Speech from the Throne.

On October 16 2013, the Speech from the Throne was delivered by Governor General David Johnston in the Senate Chamber on Parliament Hill in Ottawa. We generally focus on the federal and provincial budget announcements, but this was a particularly interesting update; despite no mention of the Scientific Research & Experimental Development (SR&ED) tax incentive, the speech made clear the government’s view of the program—particularly as it relates to the Industrial Research Assistance Program (IRAP).

The Speech from the Throne

The Speech from the Throne occurred in October 2013 and with it came interesting insights on research and development (R&D) in Canada. Find below the text related to Science and Technology:

Our Government’s leadership in science and technology helps Canadian business remain competitive while creating high-paying jobs. Since 2006, our Government has invested more than 9 billion dollars to support science, technology and innovative companies operating at the outer limits of knowledge.

– Speech from the Throne

It’s interesting to note the emphasis on doubling the budget of the flagship program of the National Research Council—the Industrial Research Assistance Program (IRAP)—but no mention of the $3.6 billion dollar SR&ED program.

For those who are unfamiliar with these two programs, there are a few items to note.

Administered by the National Research Council, this is a direct funding program (i.e., companies must apply for and be selected to receive funding prior to starting work). The time from application to funding can be as little as a week or as much as several years, depending on the applicant and reviewer. Factors include regional funding, sector-specific initiatives, and age-related incentives.

Administered by the Canada Revenue Agency (CRA), this is an indirect funding program (i.e., companies must incur the costs prior to application and only a portion of the costs are refunded or credited). The application coincides with the submission of corporate taxes, and funding time can be as little as a few weeks to a few months. If the submission is disputed by the CRA, it can take several years to resolve.

As long as they meet the eligibility criteria and have evidence to support their claim, companies can apply for SR&ED with their taxes and are legally entitled to the refund. IRAP is entirely at the discretion of the Industrial Technology Advisor (ITA) assigned to the company. Quite the distinction.

Now, SR&ED has struggled recently as it’s gained popularity and the volume of applications has increased. In the 2012 budget, the government announced several changes to help streamline the program from a financial perspective. These included:

To put this in perspective, here is what will happen to a sample company:

Going back to the Speech from the Throne, a “Venture Capital Action Plan” and “Science, Technology and Innovation Strategy” sound great—but they are a plan and a strategy.  If the goal is to create “high-paying jobs”, shifting funding away from a model that supports companies who are already cash-flow positive and have clear compliance guidelines to a program that hand picks a few winners will not provide the stability that those who would fill the jobs require.

In short: Picking winners with less funding? I’m not sure this is something I would want to promote to the world.  Perhaps it’s time to revisit the idea of putting better, consistent controls in place with a program that already supports “science, technology, and innovative companies operating at the outer limits of knowledge.”

This article is based on the Speech from the Throne on October 16.