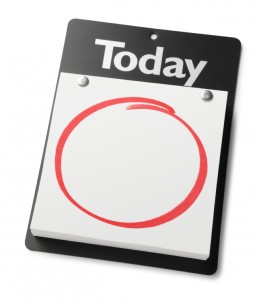 In the Fall of 2004, researchers from the University of Waterloo, the Memorial University of Newfoundland, and the University of Cincinnati published “Cross-national Comparison of R&D Expenditure Decisions: Tax Incentives and Financial Constraints” in the journal Contemporary Accounting Research. This study explores ﬁrms’ responses to tax incentives designed to stimulate research and development (R&D)—such as the Scientific Research and Experimental Development (SR&ED) tax credit—by comparing how these incentives work in both Canada and the United States.

The goal of the authors’ research was to “provide evidence on the impact of tax incentives and financial constraints on corporate R&D expenditure decisions.”

“Although there does not seem to be much question whether an incentive should exist, there is considerable debate about whether the tax incentives for R&D, which include a tax credit, are cost-effective,” they said.

In order to get a broader scope on the topic of R&D funding, the authors chose to examine two countries with similar attributes and funding programs.

“Our research more rigorously examines the effectiveness of R&D tax incentives by comparing R&D decisions of firms from two countries with different R&D tax policies, but during the same time period and in similar economies,” they said.

Results and Impact on SR&ED

The research found that the U.S. credit design is estimated to provide a larger incentive for the same price as the Canadian version.

The study shed important insight on the true effectiveness of SR&ED and other R&D funding programs in Canada. The authors pointed out that Canadian authorities may have to rethink aspects of their funding model, specifically as they related to the U.S. edition.

“Collectively, this evidence is important to the ongoing debates in both countries concerning the appropriate design of incentives for R&D,” they said, “and is consistent with the assumptions found in the U.S. tax credit system, but not those found in the Canadian system.”

This article is based on a study issued at the time: “A Cross-national Comparison of R&D Expenditure Decisions – Tax Incentives and Financial Constraints.”