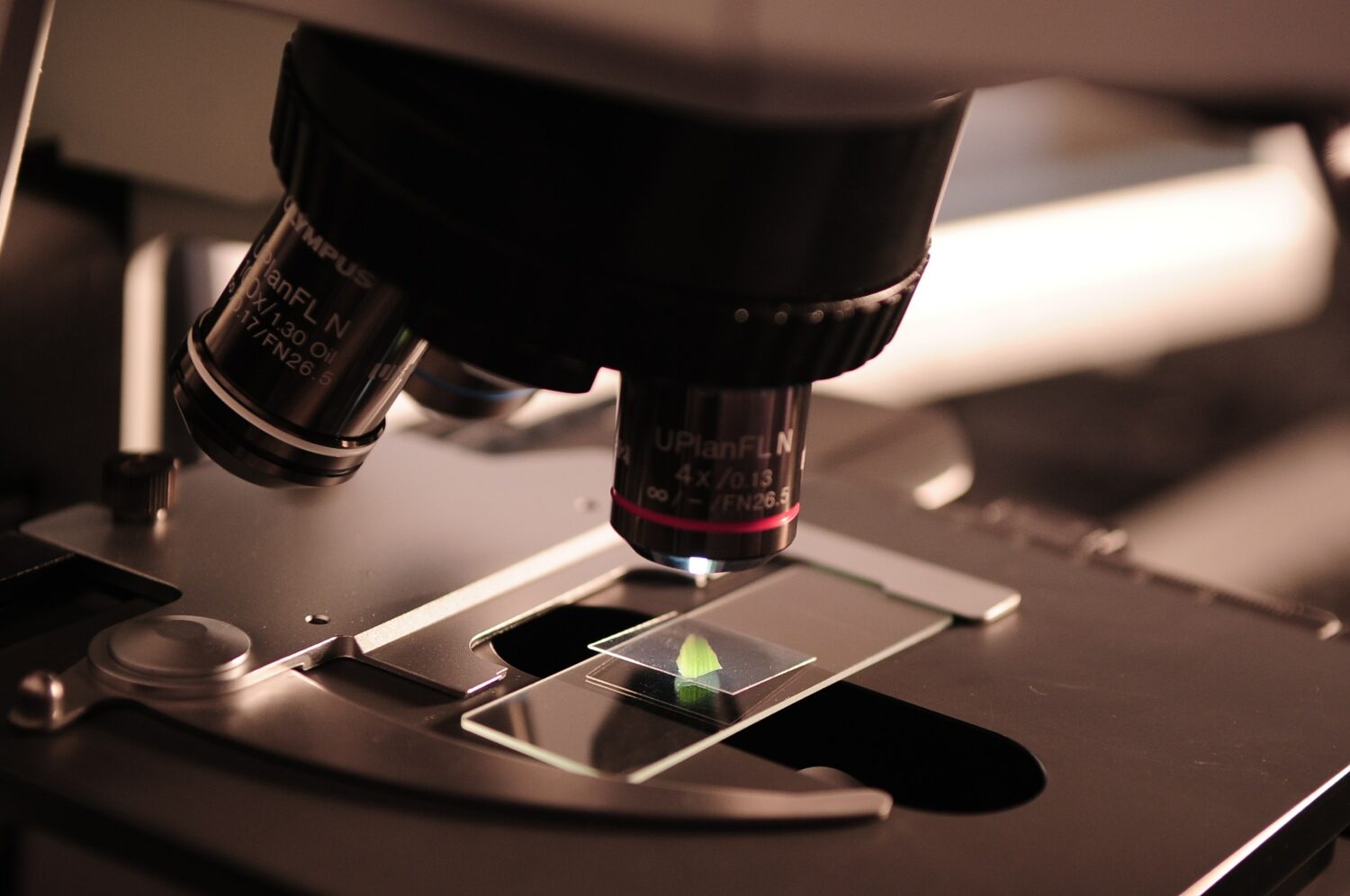 Other Party Positions on Innovation and Proposed SR&ED Support

Political parties are putting out their position statements about economic policy in relation to the 44th federal election, which is September 20th, 2021. This article summarizes what has been disclosed by the remaining parties: New Democratic Party (NDP), Green, Bloc Quebecois, and People’s Party of Canada (PPC). Be sure to read our prior commentary on the Conservative and Liberal platforms.

Details of the NDP’s platform

On Thursday, August 12, 2021, The New Democratic Party (NDP) released their platform “Ready for Better: New Democrats’ Commitments to You” which did not include any specific plans in regards to SR&ED and only mentioned how they will support innovation in Canada if they are elected a few times.

While the NDP’s platform document did not include any specific plans for the SR&ED program, it did mention how they wish to support innovation in Canada if they are elected. Within the document it is established that the NDP wishes to boost competitiveness and drive innovation in a few sectors across the country. They wish to create an advanced low-carbon manufacturing economy by internalizing and expanding the domestic manufacturing capacity and supply chain infrastructure, they wish to make Canada an innovation leader in methane reduction by supporting technologies for real-time monitoring and leakage detection, and they promise to foster and support entrepreneurship, and the commercialization of new technologies, and expand market access.

“We will help launch a Canadian start-up culture, with a focus on helping Canadian companies in all regions of the country commercialize new technologies and scale-up, train, and retain the highly-skilled Canadian workforce needed to support industry growth, and bolster Canadian competitiveness on the world stage.” 1

The extra support in these sectors may work to encourage Canadian companies to participate in SR&ED, as they would have extra government support in place or available to them.

The Council of Canadian Innovators (CCI) executive director Benjamin Bergen released a statement in reaction to the NDP’s 2021 election platform.

“While the NDP plan does commit to “helping Canadian companies in all regions of the country commercialize new technologies and scaleup,” the specific measures to support that objective are lacking from the platform document…We want to see more on how the NDP proposes to make these changes, achieving our shared goals without creating unintended consequences for SMEs and high-growth businesses.” 2

Bergen also stated they would like more information on how the NDP plans to balance taxation with removing barriers to growth for homegrown scale-up companies.

Details of the Green Party’s platform

On Wednesday, September 7, 2021, the Green Party released their Platform “Be Daring – GREEN INNOVATION” which included their plan for innovation and promises to support Scientific Research and Experimental Development (SR&ED).

The Green Party wishes to make Canada a leader in research and innovation by supporting scientific research and development within the university systems, renewing national lab infrastructure for the 21st century, and switching to an innovation economy. The plan announced promises to promote:

GREEN INNOVATION
Innovation is the engine to economic growth – it allows Canada to remain competitive on a rapidly evolving global technological landscape. Canadian universities routinely rank among the top in the world and our research laboratories are world renown.

However, Canadian investment in research and development has been declining for years, and at 1.7% of GDP is among the lowest in the OECD. Despite being the country 14 that discovered insulin in 1921, when the pandemic broke Canada had zero capacity to manufacture COVID-19 vaccines. This must change.

There will be massive opportunities for the countries that develop breakthrough solutions to combat climate change. Nearly $150 billion (USD) was invested globally last year in solar installations alone. Emerging clean technologies could soon reach this same scale. A green revolution is coming, and Canada

has the opportunity to be at the forefront. Along the way, we can create good jobs and be a global leader in the innovation needed to combat climate change. But we must be bold and act now.

Whether it is the forefront of quantum computing, clean technology, next-generation medicine, or artificial intelligence, the federal government has a crucial role to play in de-risking emerging disruptive technologies so that they may scale. It must invest in scientific research and development, in our incredible university systems, and renew our national lab infrastructure for the 21st century.

Scientific Innovation
Scientific research is the foundation of innovation, and creating a Green Future requires switching to an innovation economy. Previous governments muzzled scientists and cut funding for key research, including funding for clean water and northern science on climate change. Recently, there has been more funding for science and climate change research 1 , but it has fallen well short of what is needed.
The Green Party of Canada will make Canada a leader in research and innovation.

A green government will: Invest in scientific research and implement the full funding recommendations from Canada’s Fundamental Science Review.

Details of the People’s Party of Canada (PPC) platform

The People’s Party of Canada has clear section on the Economy, labelled “Encouraging  Investment and productivity Growth”:

ISSUE
There are only two ways to create more wealth and prosperity: we can either work more or work more efficiently through increased productivity. Investments in R&D, innovation, more efficient production processes, machinery and equipment are critical to improvements in productivity and living standards.

Improved productivity leads to better, higher-paying jobs. And in a context where there are manpower shortages in many sectors, investment is a way to increase production without necessarily having to employ more workers.

Unfortunately, Canada’s business climate is less and less welcoming to investors. Since 2015, business investment has gone down not only in the oil and gas sector, but in many other sectors as well. Canada is also attracting less foreign direct investment.

More government intervention in the economy is not the answer to our economic challenges. Every time the government takes an additional dollar in taxes, or borrows it, this is a dollar that individuals or businesspeople will not be able to spend or invest.

FACTS
A 2018 study by the School of Public Policy at the University of Calgary found $14 billion worth of direct and indirect federal business subsidies. Some of these measures may be worth keeping, but most create unfair market distortions by favouring some companies or sectors at the expense of others.

By reducing the return on investment, a capital gains tax not only lowers overall investment, it also hinders the allocation of capital to its most efficient uses and discourages riskier ventures that are likely to bring more innovation.

Many of our trading partners do not tax capital gains. There was no capital gains tax in Canada until 1972. Abolishing it would encourage every Canadian to save and invest more and would give our entrepreneurs access to a larger pool of capital. The benefits to our economy would vastly exceed the loss of government revenues.

OUR PLAN
Ottawa should stop taking billions of dollars from the private sector and redistributing them through subsidies. It should instead lower taxes for all businesses and encourage saving and investment to make our economy more productive.

A People’s Party government will:
Eliminate all corporate subsidies and other inefficient government interventions (bailouts of failing companies, regional development grants, conditional loans and loan guarantees with an implicit subsidy, tax credits, etc.) that unfairly support some companies or business sectors. This will generate savings of between $5 billion and $10 billion a year.
Gradually reduce over the course of one mandate the corporate income tax rate from its current 15% down to 10%. When completed, this measure will make about $9.5 billion available to businesses, allowing them to increase salaries or invest in productivity improvements.*
Over the course of one mandate, gradually abolish the personal capital gains tax by decreasing the inclusion rate from the current 50% down to 0%. When completed, this measure will put about $7 billion per year back into the pockets of Canadians.*
*According to the Parliamentary Budget Officer’s Ready Reckoner website. 4

Details of the Block Quebecois platform

Released August 22, 2021, there are minimal details regarding specific promises related to innovation in the Bloc platform, beyond high-level statements:

The platform carries a vision that reflects the confidence that Quebecers have for themselves and a better future – welcoming, generous, French, creating more wealth sustainable from our resources and our clean energy, from our innovation and our entrepreneurs, rather than financing the dangerous Western Oil.

Similar to the Green party, the focus is on green innovation:

25. Ecological transition. The Bloc Québécois will support the transition to green energy by proposing massive investments in green innovation, technological change and research and development in all regions of Quebec. The Bloc Québécois wants to propel a green recovery that creates wealth through Quebec’s entrepreneurial fabric, supported by our know-how and innovation.

There are a handful of other references to innovation, but most are high-level. The full platform can be viewed here: Bloc Platform 2021 (French)

As these are policy statements and contingent on who wins the next federal election, it is uncertain what this means for the SR&ED program. Innovation and research support will be a good thing but with little details on what is promised, it is difficult to say how it will benefit those conducting SR&ED eligible work. We will keep our readers posted of any definitive changes made to the SR&ED program and ensure that we keep them up to date on how this will impact their claims. For the analysis of the most recent federal budget, please see SR&ED in the Federal Budget: Innovation Support (2021).