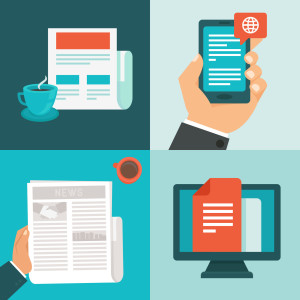 Compared to the first half of 2015, Q3 & Q4 — spanning July to December — saw significantly fewer changes and updates to the Scientific Research & Experimental Development (SR&ED) program.

This post will address changes which occurred between July to December 2015, including:

We encourage you to read our earlier installments of the quarterly updates here: Q1 2015 (January to March) and Q2 2015 (April to June).

In comparison to Q1 & Q2, the latter half of 2015 saw far less activity from the Canada Revenue Agency (CRA). The changes that did occur will likely have less impact compared to those developments from Q2.

The updated version of the T661-15 form featured two changes, specifically in Part 2, the “Project Descriptions” portion of the form. While it should not be assumed that these changes indicate a change in CRA policy or in interpretation of the SR&ED program, it is certainly interesting to note the linguistic shift.


Previous line 242 (T661-13): “What scientific or technological uncertainties did you attempt to overcome – uncertainties that could not be removed using standard practice?”1

New line 242 (T661-15): “What scientific or technological uncertainties did you attempt to overcome?”2

Previous line 242 (T661-13): “What scientific or technological advancements did you achieve as a result of the work described in Line 244?”

New line 242 (T661-15): “What scientific or technological advancements did you achieve or attempt to achieve as a result of the work described in line 244?”

The updated T661-15 form as well is now the only accepted version of the form for all tax years.


The T4088 was revised to reflect the legislative changes that implemented certain provisions of the 2012 and 2013 federal budgets. Revisions to the T4088 guide also ensured its consistency with current SR&ED policies, including the relatively new $1,000 penalty for claimants that submit incomplete or inaccurate information in Part 9 of their T661-15 form. This measure was introduced in the 2013 federal budget.

Additionally, the updated T4088 made changes that seem to indicate a greater emphasis on the generation of knowledge within SR&ED work, including:

The T1263 form was updated to remove any reference to IT-151 R5, a bulletin no longer used within the CRA the interpretation of SR&ED expenditures. Additionally, line 706 under the form’s “Required Information” section was clarified to easily identify research projects performed by third-party entities. 4

ACSIS EHR Inc. v. The Queen is the third recent ruling from the Tax Court of Canada that supports the presence of technological uncertainty despite the lack of contemporaneous evidence. While such rulings are far from becoming the norm in SR&ED court cases, this case shows that the absence of contemporaneous evidence may possibly be mitigated with accurate oral testimony — provided the testimony provides satisfactory detail.

[40] The documentary evidence, that I do have, coupled with the oral testimonies of these three individuals, support my finding that the Appellant engaged in systematic investigation and undertook tests to resolve the technological uncertainties. This is not to say that taxpayers should ignore detailed record keeping. […] Taxpayers who come to court without proper documentation will always remain in the unenviable position of persuading a court that systematic investigation did occur.5

You can read our full analysis of the ACSIS EHR Inc v. The Queen case in this SREDucation article.

The CRA introduced far fewer changes to SR&ED forms and administration processes in the second half of 2015. Most changes to administrative documents and forms were simply reflections or continuations of updates that been previously implemented.

It would be risky to assume that ACSIS EHR v. The Queen is a sign of changing legal interpretation regarding the importance of contemporaneous evidence for SR&ED claims, despite being the third such ruling in the last year and a half. In fact, 2037625 Ontario Inc. v. The Queen (also concluded in Q4 2015) is just one case among dozens throughout SR&ED history where insufficient contemporaneous evidence played a significant role in reduced or denied claims. The long-term relevance of ACSIS EHR v. The Queen is still undetermined and the ruling should be taken as an anomaly rather than as a new reality within the SR&ED program.

Again, we encourage you to read our earlier installments of the quarterly updates here: Q1 2015 (January to March) and Q2 2015 (April to June).